Released WWE Superstars – Where Are They Now?

WWE went on to release over 15 superstars in the April month of 2020. Due to closed-door shows and less revenue, WWE had to make this decision to keep its profit margin on the high side.

While few of them are still on the promotion’s payroll, there are many who have gone to rival promotions. Let’s take a look at the WWE Superstars that were released and what they are doing now.

Zack Ryder is probably the most loved Pro Wrestler to not achieve superstardom in the WWE. In the year 2011, Ryder was a Superstar on social media and was also a self-proclaimed WWE internet champion.

Interestingly, he did get his WrestleMania moment when he won the Intercontinental Championship at WrestleMania 32, only to lose it the next night on RAW. On the 30th July edition of RAW, Ryder made his debut at AEW as Matt Cardona saving Cody Rhodes from an attack.

Karl Anderson and Luke Gallows are the most loved tag-team worldwide. They conquered every tag team division in the world. Unfortunately, their time in WWE was not as per their expectations.

They won the tag team titles just twice and were majorly used as back up for Finn Balor and AJ Styles. On 18th July, they made their debut at Impact Wrestling PPV Slammiversary with an impressive announcement video the previous night.

Not that anyone remembers now, but EC3 was Daniel Bryan’s rookie in the old NXT as Derrick Bateman. Sadly, those 3-4 years in the WWE were bad and he went to Impact Wrestling. His 5 years in Impact Wrestling saw his new changed persona, ripped physique and multiple world championships.

Five years on self-work and change didn’t work as he had another unsuccessful stint with the WWE from 2018-2020 and is now back with Impact Wrestling.

Maverick made his name in Impact Wrestling. The biggest highlight of his short career being winning the X-division title.

He joined WWE in 2017 as the GM of 205 live. He was also in multiple 24/7 title rivalries with R-Truth. The talented Cruiserweight was on the brink of leaving the WWE after his loss at NXT: In your house.

However, in a heartfelt moment, as he was bidding farewell, Triple H walked out and signed him to an NXT Extention.

Curt Hawkins will go down as a record holder in the WWE. Unfortunately, the record is not one that he will be very proud of. The former WWE superstar had a record of 269 straight losses.

He has now joined Impact Wrestling, taking a personal dig at Vince McMahon. 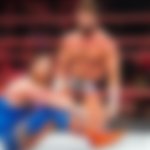 Heath Slater made his debut in the old NXT. He did make his name as a part of the Nexus. Post the Nexus, Slater’s run can be called a joke.

He was in a comedic stable called 3MB, jobbing to upcoming stars as well as retired legends. Slater didn’t win a singles title ever in the WWE while his friends Mahal and McIntyre went on to become world champions.

Eric Young is a veteran in the business. He joined impact wrestling in the year 2004 when it was identified as TNA. He was a Grand Slam champion and achieved everything in his 12 years tenure.

He had a promising few years on the NXT brand as the leader of Sanity. However, his main roster career was in shambles. Young has now returned back to Impact Wrestling where he is in the World Championship picture.

After a bad start to his NXT and 205 live careers, Lio Rush was seen as the manager of Bobby Lashley on RAW. Rush and Lashley were together for a year before Rush went on a hiatus.

After his return in 2019, he came back and won the cruiserweight title. Three months later, he lost his title to Angel Garza and was released by the WWE in April. Rush is now wrestling for Game Changer Wrestling.

WWE Superstars that are yet to sign with any promotion

Rusev is one of the best superstars among the 15 plus to be released by the company. He started off with the United States championship and an undefeated streak.

His loss to John Cena at WrestleMania 31 started his slip from the top. Post that loss, he had a good run with the Rusev day gimmick, and a couple of United States title reigns.

Post his release, Rusev tested positive for COVID and is taking rest. As his recovery is going on, there are rumors of AEW having an eye on him.

Maria Kanellis joined WWE in 2004 as a contestant in the Diva search. She then became a backstage interviewer and also wrestled a few times. In the year 2017, she returned back to WWE, this time as a manager to her husband Mike Kanellis with a power of love gimmick.

After three years of failing to make an impact, the Kanellis family are now free agents.

Kurt Angle’s accomplishments don’t really need to be spoken about. The Olympic gold medalist wrestled his last match in a losing effort to Baron Corbin at WrestleMania 35.

Since his loss, Angle wasn’t seen much in the WWE and was released in April. He is now a businessman and very happy and busy running his business. Angle doesn’t have any plans of returning to the ring soon.

Sarah Logan definitely didn’t have the career any upcoming Superstar would wish for. She was a sidekick in the Riott squad and was mostly on the losing side in whichever matches she wrestled. 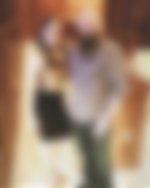 After these heavy 6-7 years, Logan announced on Instagram that she would be taking a break to pursue different things. A week or two later, Logan announced that she and her husband, Erik of Viking Raiders, are expecting a baby.

This confirms that Logan won’t be seen in the squared circle for a long time.

No Way Jose has had a very short career in the wrestling business. He joined the WWE in 2015 and was released in 2020.

The superstar was popular on NXT but somehow failed to make a concrete impact. Apart from a passing reference by Tommy Dreamer on Impact Wrestling, Jose hasn’t really been in the news. It will be interesting to see the next move of Jose in the wrestling world.

The former NXT and SmackDown tag team champion was one with huge potential. Sadly, Rowan was always used in tag team action or as a bodyguard. He never won a singles title even when his former partner Luke Harper had a run with the Intercontinental title.

It will be interesting to see if he will join his former Wyatt brother Brodie Lee at AEW or look for other options.

One will have to wait and see if WWE signs any of these superstars post the COVID lockdown or these talented athletes will have to look for something new.