Impact Wrestling has managed to let another huge name slip out of their fingers. The reigning world champion Tessa Blanchard has left the company and is reportedly on the radar of the WWE. 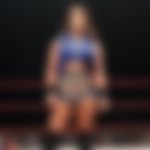 Obviously, the departure was not on good terms. If that was the case, Blanchard would have at least showed up to drop the title on television. However, the company decided to strip her off her title once it became clear that she won’t be making any further appearances.

Wrestling Ovserver Radio is reporting that the WWE have their eyes set on grabbing this amazing talent.

It was reported that WWE has already made contact with Tessa Blanchard. However, their major competitors AEW have not approached her yet.

Notably, Blanchard has competed for WWE during the Mae Young Classic. She lost her very first round to eventual winner Kairi Sane. However, since then, she has built quite a brand.

She became the first woman to win the Impact Wrestling World Championship. She repeatedly competed in inter-gender matches facing veterans like Sami Callihan and Michael Elgin.

Even though she might not get to do that in the WWE, there are chances that she will be propelled to the top of the ladder. Her incredible in-ring acumen fits right in with the new generation of impeccable female wrestlers in the WWE.

Just the prospect of seeing her square off with the likes of Charlotte Flair and Io Shirai can excite a wrestling fan.

But the question remains, will she get the desired booking in the WWE?

AJ Styles has really bucked the trend when it comes to former TNA/Impact Wrestling stars in WWE. Vince McMahon isn’t a huge fan of people coming in from Impact.

However, he put all his weight behind Styles. At the same time, there are stars like EC3, Robert Roode and Eric Young, who were relegated to enhancement talent status.

One can even argue that Samoa Joe has not been given his due.

Will AEW miss out on a huge opportunity?

AEW has a paper-thin women’s division. That’s the only glaring fault in the otherwise talented roster.

None of their female competitors have been able to develop a rapport with the fans. At that juncture, Blanchard can be a shot in the arm. The daughter of Tully Blanchard has technique and charisma in her blood.

That’s why it’s a surprise that they are not more interested. Whatever happening, Tessa Blanchard will be a superb addition to any company that she signs with.

Where would you like to see her? Let us know in the comments section.