Ric Flair is undoubtedly one of the greatest wrestlers ever to step inside the WWE ring. Not only did he impress the fans with his amazing wrestling skills, but he also showed off his charm. But Flair’s relation with WWE has turned sour lately. The change occurred after the Dark Side of the Ring episode on the infamous Plane Ride From Hell.

Since then, WWE has removed the Flair references from their programming. In relation to this action by the WWE, Ric Flair recently made a post on Twitter.

Speaking Of Legacies, @WWE Has Decided To Erase Mine. That’s All Good, However, These Two Belts Are My Legacy, And I’d Like Them Returned! I’ve Asked Twice, Apparently Falling On Deaf Ears! I’m Assuming That Next Week On @FlairUncensored I’ll Have To Explain In Detail! WOOOOO! pic.twitter.com/5ZgyjmdjE6

Further, the ‘Nature Boy’ admitted he got absolutely no response after he asked WWE twice to return these two belts to him. So, now he will have to explain in detail next week on the Ric Flair Wooooo Nation Uncensored podcast.

Ric Flair’s daughter, Charlotte Flair, is all set to face Becky Lynch at the Survivor Series PPV. The two women share a great rivalry. But it got personal this time after Ric Flair publicly showered support for her daughter via his tweet. While doing so, Flair took a dig at Becky Lynch.

I Think I’m Going To Have To Make The Trip Personally To See You Beat The Piss Out Of @MsCharlotteWWE! I Don’t Think So Sister, The Man, Big Time Becks, Or Whatever You Call Yourself. There’s Not Enough Choreography In The Business To Save You @BeckyLynchWWE. 😂😂😂

In an interview with Ariel Helwani, Becky revealed her reaction to this tweet. Becky claimed the ‘Nature Boy’ was trying to use her and get the limelight to promote something else. 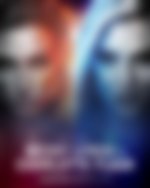 Becky Lynch claimed that Flair was doing so because he had dug himself into a hole with other things.

However, Ric Flair quickly responded to Becky’s comments with a tweet. In that tweet, Flair claimed he sold his ‘The Man’ trademark to the Raw Women’s Champion out of respect.

So Disappointed! I Did This Out Of Respect For You @BeckyLynchWWE! It Made You Millions & Made Me Nothing. After 40 Years Of Being The Man… The Company Doesn’t Own It, And Neither Do You! I’ll Always Be The Man! Ask Your Husband. pic.twitter.com/VjeyyMElG3

The two-time WWE Hall of Famer noted he will always be ‘The Man’, and neither does the company nor Becky own it. It will be interesting to see if Becky Lynch can prove Ric Flair wrong by defeating Charlotte Flair at the Survivor Series PPV.