The Samoan family in professional wrestling has been around for generations now. From The Wild Samoans to The Rock and Rikishi to Roman Reigns. Most of them are in the Hall of Fame as WWE values their contribution to WWE. However, Rikishi believes it is now time for another Samoan to be inducted into the Hall of Fame, and that is Umaga.

Regardless of his short career, Umaga is one of the most recognizable superstars of the Ruthless Aggression era. And while the WWE Universe recognizes his achievements, Rikishi believes the WWE also needs to do the same officially.

Rikishi tweeted out, “I feel it’s long overdue #UmagaHOF class of 2022. What do you say @WWEUniverse should my brother go in this year?? #UmagaClassOf2022.”

What you say @WWEUniverse should my brother go in this year ?? #UmagaClassOf2022 pic.twitter.com/ajl4TnXiFc

Well, this induction is long overdue from the fans’ perspective. While most of us hated him for his heel character, it was just a testament to the talent of the legendary superstar.

Rikishi also paid tribute to his brother on his death anniversary. He posted a picture on Twitter of Umaga, so did Armando Estrada, his former manager.

Rumors of The Rock buying WWE shut down.

WWE released numerous superstars in 2021. There were many theories about why the company was doing so. Many fans even thought that Vince McMahon was selling the company and letting go of superstars to maximize profits.
This theory led to more speculations as to who’ll buy WWE, and one name that came up was The Rock.
The Rock bought the XFL, the football league that Vince McMahon almost launched but was halted due to the pandemic. So many believe that maybe buying WWE was next on Johnson’s list. 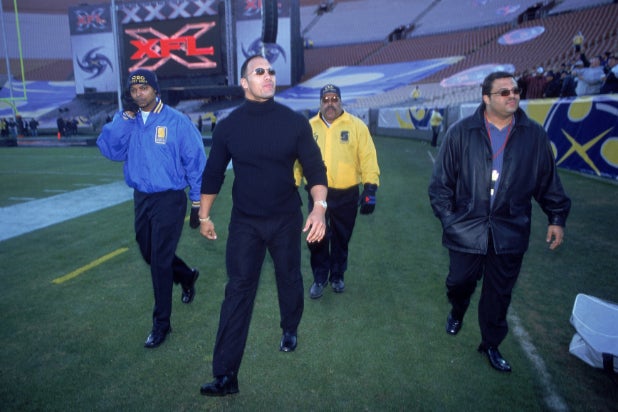 On Jim Cornette’s Drive-Thru, Jim Cornette talked about these rumors and expressed his views on the matter. He very clearly stated that Dwayne is never buying WWE.
“Some people were saying, ‘Is The Rock going to buy WWE?’ I simply could not care less just how rich a movie star he is, he will not be investing $5 billion, all or part of his dollars, into a wrestling promotion or any wrestling promotion for that matter. He is definitely smart enough not to do that.”

Cornette is a veteran in the business and has experience with wrestling promotions. Therefore, it can be safe to say that The Rock buying WWE is something that might just not happen.
Do you agree with Rikishi? Will ‘The Rock’ buy the WWE? Let us know.