The current Universal Champion Roman Reigns comes from the legendary Anoa’i family lineage. The Samoan Family has given many wrestlers to the pro-wrestling industry, and many of them made a name for themselves. To name a few who were in WWE are, The Rock, Umaga, Yokozuna, Rosey, etc.

Most of them are Roman Reigns cousins apart from Rosey, who is the older brother of Roman. They both are sons of one-half of the Wild Samoans team, Sika Anoa’i. Rosey was in WWE from 2002 to 2006. Fans remember him for his time as one half of ‘3-minute warning.’

Rosey was a superhero in WWE

Apart from being in ‘3-minute warning,’ Rosey also had other storylines in WWE. He eventually ended the team with Jamal and he aligned himself with The Hurricane. The Hurricane “discovered” Rosey’s potential as a superhero and christened him as “Rosey, the Super Hero in Training.”

Rosey was involved in many sketches involving him, training to be a superhero.

Rosey was involved in weird storylines, which were called Rosey’s superhero training. The Hurricane came up with all the schedules on-screen. This alliance, which was not a good storyline yet, got people cheering for Rosey. He also won the WWE World Tag Team Championship with Hurricane.

The superhero character ended in late 2005 when Hurricane took off his mask and turned heel on Roman Reigns‘ brother. Later he defeated Rosey too. They released Rosey from WWE in early 2006.

What happened to Rosey?

After, his release in 2006, Rosey, brother of Roman Reigns, went back to the independent circuit. It was his home for wrestling for many years. He also wrestled in Japan for one year till 2007. Apart from wrestling, he opened a restaurant in Florida. 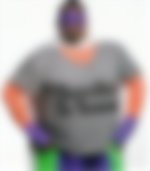 Sadly, Rosey passed away in 2017 because of heart failure on his birthday in Florida. He was hospitalized in 2014 for congestive heart failure with which he had been diagnosed years earlier, and atrial fibrillation.

However, he could see his younger brother Roman Reigns rise up the ranks in WWE and main eventing WrestleMania. Even for a brief career in WWE, Rosey made his mark as a part of ‘3-minute warning.’ He was able to be one of the best wrestlers from the Samoan Dynasty.