WWE Fastlane 2021 is scheduled for April 21, 2021, and the company has announced some blockbuster matches for the event.

Daniel Bryan made it clear he had his eyes on the championship as soon as he entered an altercation with Reigns. He tried to win the title at Elimination Chamber but couldn’t secure it.

Following that, he battled Jey Uso to get to Roman Reigns. Finally, both of them fought in a steel cage match. Even though Uso tried his best, he couldn’t defeat Bryan.

As per the stipulation, Bryan won and earned a title shot at WWE Fastlane 2021.

Sasha Banks and Bianca Belair have been trying to take the Tag Team Championships from Nia Jax and Shayna Baszler since Royal Rumble came around.

Banks and Belair could have secured the titles had Reginald not distracted Banks. The duo has another chance at fighting as a tag team before their clash for the SmackDown Women’s Championship at WrestleMania.

Apollo Crews felt insulted when Big E asked him to step aside for younger talent to come for the championship.

Big E tried to rile up Crews during an episode of SmackDown by issuing an open challenge, but instead, Zayn and Corbin answered the challenge.

Apollo Crews came out at the end, attacked Big E, and accepted the challenge, but for Fastlane.

Drew McIntyre has been on the edge since he lost the WWE Championship at Elimination Chamber to Bobby Lashley. To re-establish his dominance, McIntyre challenged both Sheamus and Lashley.

McIntyre will fight Sheamus at Fastlane and Bobby Lashley at WrestleMania. 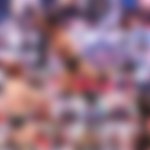 Shane McMahon called Braun Strowman stupid, and ‘The Monster Among Men’ demanded an apology. Instead of that, Strowman continued to put him down in front of everyone.

Finally, after pouring slime on Strowman, WWE announced a match between them at Fastlane.

WWE has booked little Miss Bliss and The Viper in a storyline from the time Orton and The Fiend were feuding.

Bliss started tormenting Orton after he burned The Fiend. She gave Randy Orton the challenge, with the stip[ulation that if he wins, she’ll be out of his life forever.

Orton accepted, but The Fiend could finally return at this match.

Viewers can stream the PPV live on WWE Network and Peacock.