Roman Reigns is a character that continues to deliver. Ever since his heel turn, he has given the WWE Universe several controversial moments and comments which marked him as a true heel.

During his conversation on Out Of Character, Roman Reigns discussed his character and how alike he is to his in-ring character in real-life.

According to The Tribal Chief, there is a lot of real him in the character, but he is able to express some emotions through the character. 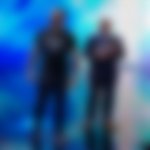 “I think a lot. Pretty much all of me. You know, a lot of what I put on screen is just, you know, scenarios, different situations, different emotions I’ve truly felt. But, I think for me, within my character, I’m able to do a lot of things I don’t like to do in real life. I’ve never really been an overly cocky person. You know, I’ve always believed in hard work and putting everything into whatever you want to do, try to be the best.”

He revealed that being able to explore these emotions through his character has been the best.

Roman Reigns needs to be extremely lethal against John Cena

The Tribal Chief will face The Invisible Man at WWE SummerSlam 2021. In fact, Cena specifically returned to WWE to challenge Reigns for the WWE Universal Championship title.

Since then, the duo have been constantly taking shots at each other. While Roman Reigns continues to compare John Cena to the missionary position, indirectly calling him old and boring, Cena continues to mock Reigns for not having an impact on the audience.

The latest segment they worked on SmackDown: August 13th, 2021. Everyone has impressed with them, even Vince McMahon.

After a long time, the WWE Universe witnessed Cena and Reigns in a war of words where both of them referenced Reigns’ former faction, The Shield, former Superstar CM Punk, and Nikki Bella.

While both of them are capable of holding and defending the title, do you think Roman Reigns should be The Universal Champion post SummerSlam 2021?