WWE introduced many superstars who became fan favorites because of their talent and wrestling style. Superstars like John Cena, The Rock, The Undertaker, Hulk Hogan, Ric Flair, and Stone Cold Steve Austin gave the fans many epic matches to remember.

Recently, former WWE Superstar Ryback tweeted about his match with John Cena. The former Intercontinental Champion went one on one with John Cena in a Last Man Standing match at Extreme Rules in 2013.

Ryback destroyed John Cena by smashing him through the stage, which resulted in tremendous damage, and the WWE medical staff had to provide immediate assistance to Cena.

This was an intense match where #JohnCena was taken away in an abulance and I was the last man standing. I destroyed Babe Ruth! #Hungry #Ryback pic.twitter.com/8d54B5Ddr9

The victory over Cena was an enormous achievement for Ryback. Recently Ryback remembered this match and also shared his views of John Cena.

The WWE Universe got many superstars who went out of the box to entertain the fans.

When it comes to a major fanbase and successful career, Hulk Hogan and The Rock have proved their worth.

Hulk Hogan was the company’s face for over a decade during the “Golden Age Era”, with many epic showdowns and title runs. He also made his name in other wrestling federations, too. 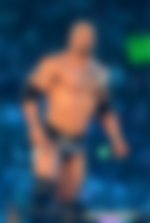 The other mega superstar was The Rock, who made his debut in 1996. Although he wasn’t successful in the beginning, he grabbed the spotlight in the Attitude Era, becoming The People’s Champ.

His rivalry with Stone Cold Steve Austin was one of the best in the Attitude Era. The Rock had a brief run in WWE until he changed his focus and shifted to Hollywood. Today, he makes guest appearances in WWE.

Hogan and The Rock went on to have great wrestling careers and helped motivate others to join professional wrestling.

Therefore, many people disagreed with Ryback, calling Cena the “Babe Ruth” of WWE. However, we should not ignore the fact that John Cena is one of the biggest names of the PG Era. The 16-time champ is one of the biggest and most successful WWE Superstars. He has given a lot of epic matches in WWE history and drove the company to new heights.

Do you agree with ‘The Big Guy’ Ryback for naming John Cena as the “Babe Ruth” of wrestling? Tell us in the comments.