Sasha Banks Catches Up With Former WWE US Champion

Sasha Banks was spotted with former WWE Superstar and US Champion, Kalisto.

The former Superstar took to social media and posted an Instagram story with Sasha Banks, captioning it as “Mi Hermana” which means my sister. Kalisto and Banks have been training together as well.

The duo became close friends during their time together in NXT, and have often posted photographs on social media with each other. In fact, The Boss was one of the first individuals who supported him when he teased a boxing debut after his WWE release.

The Boss lost the SmackDown Women’s Championship to Bianca Belair at WrestleMania 37. Since then, she hasn’t actually had a rematch for the Championship.

She was supposed to have her rematch at SummerSlam 2021. Unfortunately, she wasn’t cleared to be in the ring, and couldn’t make it to the event. Instead, Becky Lynch showed up and squashed Belair within 26 seconds to become the new SmackDown Women’s Champion. 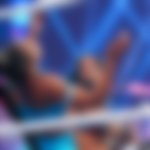 Bianca Belair secured a rematch for the Championship for Extreme Rules 2021. At this event, Sasha Banks showed up, and attacked The Man and The EST of WWE.

Now, all three of them have claimed their rights towards the championship.

Sasha Banks believes she deserves the title shot because she never got her rematch.

Bianca Belair believes she deserves the title shot because she wasn’t prepared for Lynch at SummerSlam 2021.

Becky Lynch believes she deserves to be the champion because she’s better than both of them.

Now, after trying to avoid it for quite some time, The Man reluctantly accepted a triple threat match. The three women take on each other at Crown Jewel 2021.

While all three of them stand an equal chance to win the title, it seems more logical for Sasha Banks to win the match. She’s the only one who will continue working with WWE SmackDown following Crown Jewel 2021. Becky Lynch and Bianca Belair are moving to WWE Raw from October 22nd, 2021!