On tonight’s episode of Monday Night Raw from the Amway Center in Orlando, Florida, we saw a distressed Elias walking someplace dark and hinting at getting a new gimmick.

Elias and his guitar have been part of the WWE since 2015, and because of this gimmick, the former 24×7 champion got over with the crowd and had a unique presence.

Elias was into this gimmick release two actual EPs in WWE: Walk With Elias (2018) and WWE: Universal Truth (2020). Surely, his guitar laying skills never landed him in a serious storyline but it looks like things are about to change.

After a splendid match between the Raw Women’s champion Nikki A.S.H. and Rhea Ripley, we get to see a new vignette. It seemed like Elias was walking outside somewhere with his guitar, approaching a fire.

Meanwhile, a video shows various guitar shots he’s taken over the back from other superstars; however, Elias then plays a tune before tossing the guitar in the fire.

It seems like, WWE is looking to make Elias’ gimmick a much more serious one so that he is seen as a legitimate threat to other wrestlers.

Throughout his career, the guitar player has been in and out of storylines that were fun to watch at first but became stale as time went on. 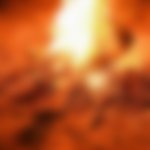 For now, the layers for this possible new gimmick are not known and the WWE Universe is waiting for next week’s Raw to see the further developments in this storyline.

However, fans on the internet truly loved the idea that the WWE creative team is doing something different with his character since his debut.

Elias moving away from his singing gimmick is a very wise move. He has potential to be a lot more than that with the right direction for his character. #WWERaw

I wanna know where this whole Elias thing is going! Really intrigued by this. #WWERaw

He says Walk With Elias is no longer because Elias is dead. #WWERaw