When will WWE stop? The company has just come to terms with a whopping dozen WWE Superstars, which includes several superstars from NXT, 205 Live, and even a referee.

Vince McMahon’s company is getting rid of more and more superstars at an alarming rate which does not bode well with the fans of the pro-wrestling business.

This bizarre firing spree started last year when WWE released several stars on a random Wednesday. Since then, that day is referred to as ‘Black Wednesday’ in the wrestling community.

Watch this story: The Biggest Heartbreaks in WWE History!

Recently, WWE released Bray Wyatt aka The Fiend from his contract which was a bizarre move, to which every wrestling fan is looking for answers!.

According to Sean Ross Sapp of Fightful, WWE made a handful of NXT releases on Friday, August 6.

In which Stephon Smith was a WWE referee.

In all, WWE released

What is one thing common amongst them? Many of them were not able to even make their TV debut for the promotion and worked a few dark matches.

The oldest employed superstar by WWE was Kona Reeves, who was signed by the promotion back in 2014 but hadn’t wrestle a single match since February 2020 because of several injuries.

One of the original members of the RETRIBUTION faction, WWE signed Mercedes Martinez last year is also let go. She took part in the first two Mae Young Classics.

WWE came to terms with Leon Ruff who was the former NXT North American Champion and was scheduled to wrestle on August 6 WWE 205 Live.

One more shocking name on this list is Bronson Reed, who was also the former NXT North American Champion and wrestled a few dark matches before SmackDown. 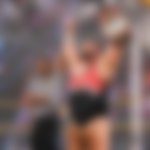 Seeing Bronson on this list is shocking. After all, he was receiving a major push in NXT and was also rumored to make his main roster debut soon.

The WWE Universe is still wrapping their heads around the news

The fans around the globe are confused and shocked at the same time with these firings.

I know this is madness, but is there possibility or probability some of the money saved here would be put towards bigger money contracts for some of the big talent apparently out of contract soon? Or has another reason been sighted other than “budget cuts” this time?

Triple H pulling up to Vince house after learning about the NXT firings @TheEnemiesPod pic.twitter.com/hdPtOOmuap

We don’t know how many ‘budget cuts’ are more to come, but it surely doesn’t look like a pretty number.