However, this week, he was the first one to walk out to the ring. The other confusing thing was that Corbin and Sheamus dominated many parts of the match. It was just strange booking, considering that Reigns was supposed to be a monster heel.

Towards the end, Jey Uso grabbed the Universal Championship and attacked Corbin. Reigns quickly delivered an incisive spear, while Jey Uso hit the big Uso splash. Uso then covered Corbin and won the match for his team.

The most confusing part of the match happened after the contest ended. After the match, Jey grabbed the Universal championship and stared at it before tossing it to his cousin.

Both the brothers smiled at each other and embraced. This tight embrace and a few friendly words went on for a minute or two.

With another tag team victory under their belt, will it continue to be all smiles between @WWERomanReigns and Jey @WWEUsos heading into #WWEClash? #SmackDown pic.twitter.com/5FKk3eSTAE

That’s when everyone felt that Reigns, being the bad guy, will spear Uso. Surprisingly, both smiled and Reigns allowed Uso to leave the ring.

However, when Uso was walking towards the back, Heyman nodded at Reigns and the smile on his face turned to a cold, angry, aggressive death stare. After this subtle message by Reigns, SmackDown went off the air.

Potential plans by WWE for Roman Reigns and Paul Heyman

The Friday after SummerSlam, Roman Reigns shocked the world when he aligned with Paul Heyman. According to the Wrestling Observer Newsletter, WWE’s current plan is for Heyman to show he is indebted to Reigns for saving his wrestling career rather than a friendly connection.

Roman Reigns will be completely in charge of the friendship. The base of this newly formed partnership will be The ‘Big Dog’ giving Paul Heyman a lifeline after Brock Lesnar left WWE, leaving Heyman hanging high and dry. 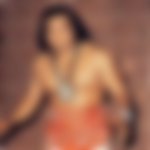 Roman Reigns has recently been called the ‘Tribal chief’ by Paul Heyman. It is rumored to be similar to “High Chief” Peter Maivia’s role in the Samoan culture in the 1970s.