Sasha Banks spoke to Michael Cole and the WWE Universe for the first time since Bayley attacked her two weeks ago. As the ‘Blueprint’ could not make it to the ThunderDome, she spoke from the Performance Center.

Sasha Banks and Bayley have been close to each other since the first time they set foot in the Performance Center in 2012. Hence, we could clearly understand why Banks was emotional during her interview.

The Boss revealed she heard every single word last week and she couldn’t help but be emotional. Banks claimed that this was the place they helped and worked together to build every day.

The Boss then recalled the summer they had on SmackDown at the Performance Center. Banks got emotional again and said if these walls could talk, they would tell Bayley.

Banks then made a powerful statement, claiming that Bayley was nothing without her support. Furthermore, she  promised that somewhere in the future, she was going to take the one thing Bayley loves i.e. the SmackDown Women’s Title.

Out of nowhere, Bayley appeared at the PC and smacked Sasha Banks with a steel chair in the back. Bayley then wrapped the steel chair around the neck of Sasha Banks. Thankfully, some WWE officials intervened and saved the day for a wounded Sasha.

Sasha Banks is coming for the SmackDown Women’s Championship

Towards the end of her promo, Sasha Banks promised she will be coming for the SmackDown women’s championship. However, it will not happen for a minimum of 10 days.

That is because Bayley defends her championship against Nikki Cross at Clash of Champions. Moreover, Sasha Banks is still injured, easily postponing this rivalry by another 10-15 days. 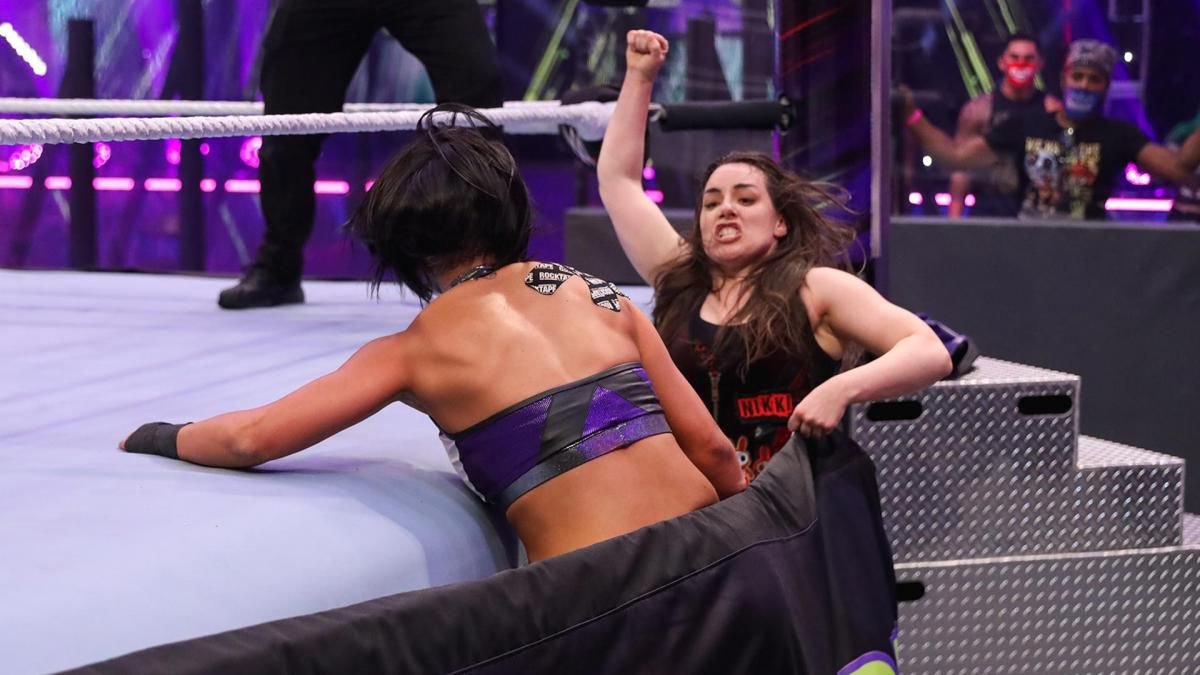 As Sasha Banks and Bayley were the best of friends, it can be said with all certainty that they will make much better enemies. This could potentially be the rivalry of the year.

WWE Aims to Sign a Former AEW Champion as Per Reports