Sister Abigail appeared once again on SmackDown. Last week, it was Nikki Cross, this week, it is Lacey Evans. Alexa Bliss is definitely changing and WWE is savoring every moment of it.

Lacey Evans faced off against Nikki Cross this week. Meanwhile, Alexa joined the commentary table to support her best friend.

Lacey assaulted Cross with a sanitizer but the latter still got the better of Evans. Clearly, Alexa Bliss was enjoying every moment of Cross’ dominance.

However, things changed quickly as Evans was pushed to the commentary table after her defeat. In a fit of rage, the ‘Sassy Southern Belle’ mocked Bliss by asking her to call “The Fiend.”

The mere mention of the name visibly changed “The Goddess.” She went up with a blank look on her face and hit Evans with a vicious “Sister Abigail.” Like last week, Bliss stormed the arena after her bizarre actions.

Bliss had different plans for the night

Earlier that night, Bliss hosted the latest edition of “Moment of Bliss.” She solidified her bond with Nikki once again, as the latter spoke about her excitement on facing Bayley for the SmackDown Women’s Championship at Clash of Champions 2020.

The altercation between Bliss and Evans proves that WWE is definitely going to change Alexa Bliss’ character. The name of the Fiend works as a trigger for Bliss. Whenever someone mentions his name, the dark side of Bliss awakens. 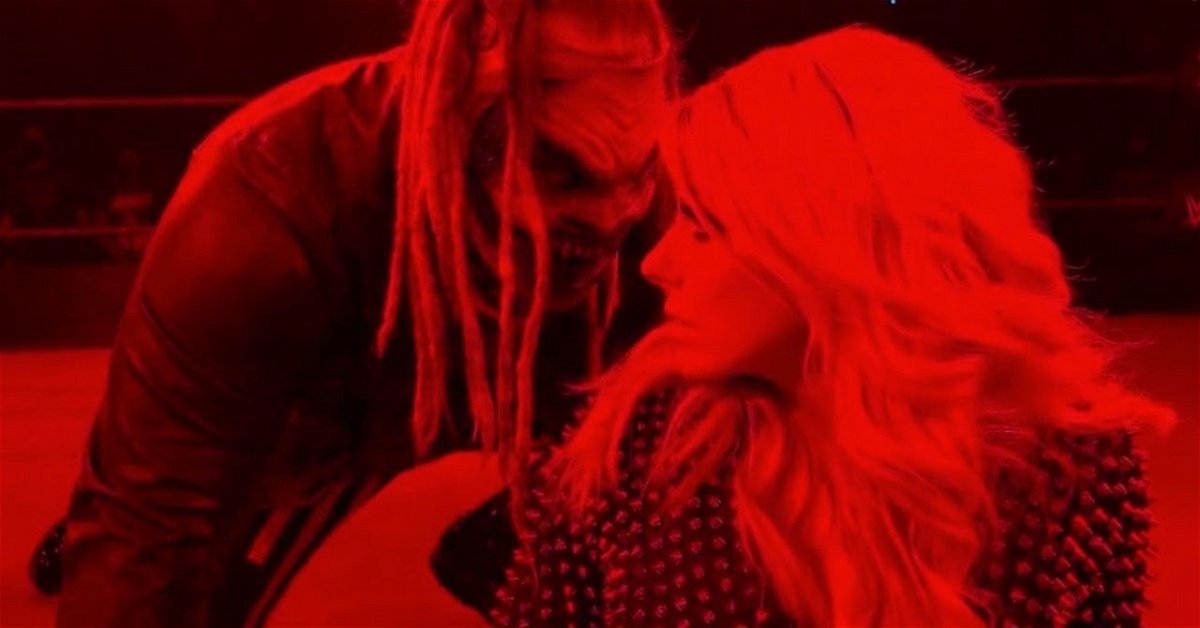 Even though the storyline is really interesting, the pace is super slow. The company needs to see the buzz generated by even the brief glimpses of the intriguing Wyatt-Bliss story.

Hopefully, WWE will soon make Bliss address her change or make her go face to face with the Fiend. The attack on Evans could turn into a potential feud for Bliss at the upcoming WWE Clash of Champions 2020.

Meanwhile, Lacey Evans will appear on Talking Smack after SmackDown. All eyes will be on her as she is expected to divulge more details.