WWE has set Bianca Belair and Sasha Banks to collide in an epic contest at WrestleMania 37! Ever since Belair picked Banks as her opponent, fans have wanted to see the SmackDown Women’s Championship match in the main event. But will it happen? The ‘EST of WWE’ answers. 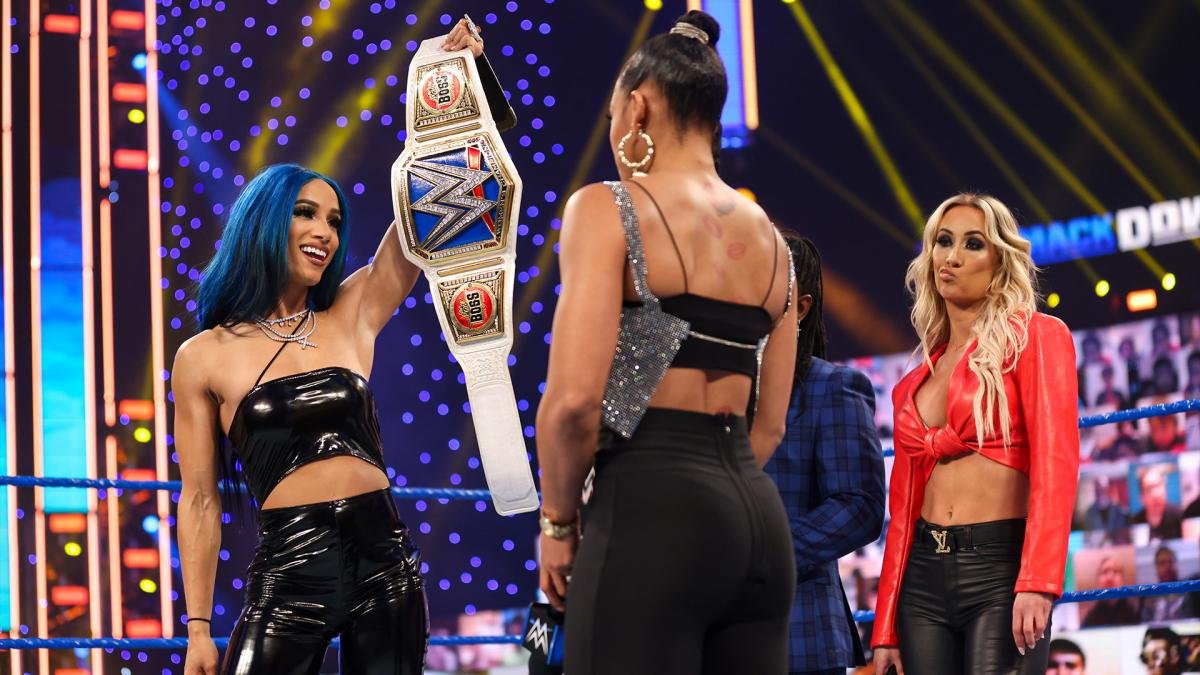 Bianca Belair on being the main event of WrestleMania 37

Bianca Belair recently addressed the possibility of being the main event at WrestleMania 37 on the Wrestling Winedown podcast. The ‘EST of WWE‘ joked, “Well I mean, according to Twitter we are (laughs).”

On a serious note, she revealed she doesn’t know where her match with Banks will be on the card. But she made a bold statement!

Belair said, “I don’t know, I don’t have any way to like confirm it, but all I can say is that I will love to main event. But no matter where we are on the card, we are the main event. We gonna show up, we gonna show out. It’s about the moment and the representation of being there on the grandest stage of them all.”

What a day 🤩 I had to ask “The EST” @BiancaBelairWWE about if #maineventbanksvsbelair is coming to fruition!

Crossing my fingers that her and Sasha Banks will make history this Saturday as the first Black women to main event at the grandest stage of them all, #wrestlemania ! pic.twitter.com/hcao2NjMHb

Twitter erupted a few days ago with #MainEventBanksvsBelair. It was a legit movement on Twitter to let WWE know everyone wants the women to main event Night 1 of the ‘Show of Shows.’ On another note, they also noted that a Royal Rumble winner must have his/her match in the main event.

While Belair has not confirmed her placement on the card, reports have given a different account. According to rumors, Drew McIntyre versus Bobby Lashley would be the opening match of WrestleMania 37 as WWE wants the first entrance to be a grand one in front of fans. This leaves the main event spot open for Belair and ‘The Boss.’

Can the ‘EST of WWE’ end her championship pursuit at WrestleMania 37?

Bianca Belair spent a considerable time crafting and showcasing her skills in NXT. She even challenged for the NXT Women’s Championship several times but fell short each time. All in all, Belair has been in WWE for over three years now but is yet to hold championship gold.

Sasha Banks is having a great title run, but come WrestleMania, it will be Bianca Belair who walks out as the new SmackDown Women’s Champion. And that is not a prediction, that’s a spoiler!