The latest episode of WWE SmackDown which aired a few hours ago was phenomenal. The new idea of ThunderDome really took off and thousands of virtual fans around the world got to witness the show live.

ABSOLUTE INSANE SCENES IN THE THUNDERDOME

The creative staff of WWE had told us of their ideas, and they totally delivered on the hype. The fans have been applauding this welcome change in scenery on Twitter.

I enjoyed watching smackdown in the thunderdome, thought it was better than the performance center crowd, plus all the matches where good 🙌

With a lot of fans covering the background from the comfort of their homes, WWE has managed to not make their matches dull anymore.

My first thought of the thunderdome: hmmm I’m not liking this it’s weird

20 minutes later: barely even noticed it at all (in a good way)#SmackDown

Ever since the fans stopped filling the stands, there has been a void in WWE that cannot be filled by anything. Fans make up the backbone of the business and without the crowd reaction and cheers, WWE matches seem lifeless.

I thought SmackDown last night was f****** awesome. Love the new ThunderDome and it was great to see fans again. Even if they're virtual still awesome to see. #SmackDown

ThunderDome, however, uses the fans’ screens and shows their faces on the live background. This fills up the stadium in a unique fashion. It really looks like something from the future.

Credit where it's due @WWE the #Thunderdome looks sick 🙌

WWE has managed to make the show interesting again

The Superstars wrestling today had the pleasure of being the first to do so in front of thousands of virtual fans. Vince McMahon himself appeared to kick-off the show, and boy was he proud. 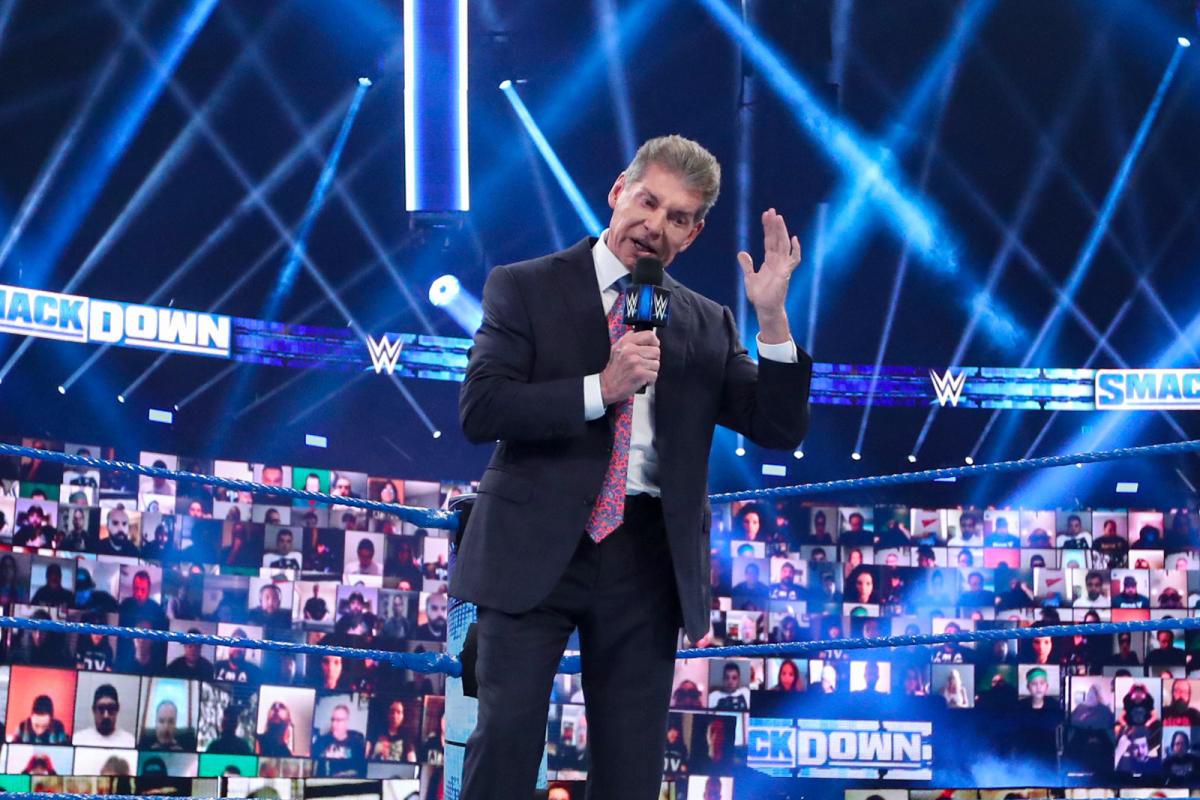 The Superstar entrances have also been kicked up a notch. The visual aspect of it is amazing, and WWE has really pulled this one out of the hat in style.

First time in many, MANY years that I stayed up last night to watch @WWE #SmackdownLive #ThunderDome … glad that I did. Great setup, good stories, decent matches 👍🏼

The show also made use of audience reactions. We could hear the artificial input of the crowd cheering and booing. This use of the crowd audio has also been employed in soccer leagues around the world. This is done to compensate for the lack of life in the matches.

It’s safe to say that SummerSlam will now be a lot better, with a much bigger platform to work on. Viewership will definitely see a hike, and WWE may well be back in business.

Why are people so bothered about the ThunderDome crowd? They don’t bother me. #SmackDown

Although a few bugs in the system have to be fixed, I’d say ThunderDome has really done it for the company. WWE can work more on many issues before SummerSlam, which is definitely going to be a thrilling event.