WWE fans are always eager to watch new biographies on their favorite wrestlers. They love knowing the closely guarded secrets of the wrestler and WWE. But which biographies and documentaries had the most views?

The “Biography: WWE Legends” documentary on A&E, focuses on retired WWE wrestlers. It shows and reveals the unknown backstage drama which the fans don’t see.

According to reports, the biography on the WWE Hall of Famer, Mick Foley, drew 518,000 views. The fans thoroughly enjoyed knowing the backstage connections and drama of Foley. He is one of the most beloved and fun wrestlers in WWE history who entertained fans in every way possible. Whether it was through being Mankind, Dude love, or just plain Mick Foley, he nailed it all.

Next up on the list is the two time Hall of Famer, King Booker T. His WWE biography reached  595,000 views. King Booker is undoubtedly one of the most versatile wrestlers in history. From wrestling to dancing to promo ability, he was the complete package. The fans enjoyed watching the backstory of Booker T; from Harlem Heat to King Booker.

In the number six position, we have Mr. WrestleMania himself, Shawn Michaels. His WWE Biography on A&E attracted a total of 634,000 views. The numbers don’t surprise the fans as Michaels was, and still is, one of the most popular and over wrestlers in WWE history. Very few wrestlers could match his stardom and personality in the wrestling world.

Next up on the list is Bret ‘The Hitman’ Hart. His WWE Biography had 643,00 viewers. Given that Bret’s wrestling career had lots of dark secrets and conspiracies, the view count doesn’t surprise us. His time in WWF and later in WCW was disheartening to say the least. The fans wanted to know the true story behind the ‘Montreal Screwjob’.

Coming in on the number four position, we have the Ultimate Warrior. His WWE Biography accumulated  770,000 views. There is no doubt that Warrior was one of the most unique wrestlers in WWE history. His no-selling other wrestler’s finishers was what made him popular among the fans.

Coming in hot at number three is the “Macho Man” Randy Savage. His WWE Biography had a total viewership of 790,000. His over-the-top gimmick catapulted him into stardom and made him a fan favorite. 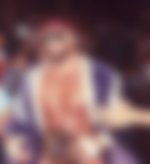 Second on the list is Hall of Famer, ‘Rowdy’ Roddy Piper. His WWE Biography on A&E had a total viewership of 880,000. His wrestling journey in WWF was a sight to behold. He really resonated with the fans and gave them 100 percent each and every week. 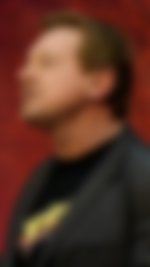 Coming in on the number one spot to no one’s surprise is “Stone Cold” Steve Austin. His biography accumulated a whopping 1.062 Million views. The stardom of ‘The Texas Rattlesnake’ is beyond comparable. His time in WWF defined the attitude era and gave some of the most memorable matches in history. The fans just can’t seem to get over him and rightly so. And that’s the bottom line, cuz Stone Cold said so!