The WWE Universe has always been crazy for their wrestlers, whether they are active in the ring or not. Recently, fans piled up with the same feeling of nostalgia after looking at the picture of Dwayne Johnson alongside his real-life rival Stone Cold Steve Austin from the 90s. Fans couldn’t resist but spoke their mind once they saw the two surprising pictures from the past. One who follows wrestling for a long time now would know about this greatest rivalry between the WWE legends. Everyone had a theory of their own for this. However, Johnson once revealed the start of their real-life rivalry.

Whatever the situation was between the two popular names of WWE, both of them had a fanbase that loved them like anything. The way they presented themselves outside the ring was admired by all. Fans started copying their style, which also seemed as if they were trying to one-up each other.

A recent post from the 90s WWE Twitter handle shows The Rock and Stone Cold styling the fanny pack in different ways during their time. The picture not only gives fans a nostalgic rush but also surprises them, as they saw their idols in a distinct look from their present.

The wrestling maniacs couldn’t ignore the fact that both former wrestlers who are currently bald had hairs at some point in time. Most of them were shocked to see The Texas Rattlesnake with hair.

Besides that, people took notice of the fanny packs that both of them styled in their unique way. They even said that the real debate is about who wore it in the best way.

Who wore it best? This is the real debate.

Fanny pack vs. Fanny pack. Loser has to empty their packs FOREVERRRR.

One fan even remembers Scott Hall while talking about the styling of fanny packs.

The picture with Austin is a few years earlier. However, no one rocks the fanny pack like Scott Hall.

Fans compared the two wrestlers based on their looks in the photo. Some favored The Great One for his turtleneck while others termed both of them as football players.

@TheRock wins this because the turtleneck.

There is no doubt that both Johnson and Austin look immensely attractive. Not only did fans copy their look but some well-known personalities did as well. 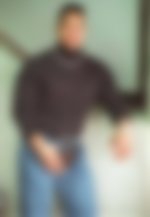 During one episode of The Graham Norton Show, a picture of Jeff Goldblum and Liam Hemsworth styled in a similar way like The Rock was seen by all. It received a big round of applause from the audience.

This was just one example of how popular and influential WWE wrestlers have been. It is still the same even though they’re not active in the ring.