NXT Superstar Matt Riddle is one of the most talented wrestlers that the WWE has to offer. The leader of the Bro Army has been one of the most over stars of the black and gold brand. In addition, he is all set to join Friday Night SmackDown after ending his feud with Timothy Thatcher.

Riddle’s time in WWE hasn’t been all fun and games as he is one of the most controversial wrestlers in the company. He has bad blood with wrestling legends like Booker T, Chris Jericho, and even Brock Lesnar.

However, Riddle’s strongest feud isn’t with the aforementioned legends. It’s with the Master of the Jackhammer, Goldberg. He is infamous for criticizing Goldberg’s wrestling.

The bad blood between them runs so deep that Riddle even mocked his match with The Undertaker on social media.

He has become fond of this beef. So much so that revealed some damning details while speaking on the latest episode of WWE’s The Bump.

The King of Bros talked about his backstage altercation with Goldberg and revealed that Shane McMahon had a chat with him after the quarrel and thanked him for not punching the WWE legend.

“After that, Shane McMahon was watching from down the hallway, like, ‘Oh no!’ And then afterwards, Shane was like, ‘Hey, thanks for like, not swinging at Goldberg’ You know, like, what do you expect, do you imagine, like, Matt Riddle punches Goldberg unconscious in the back? I don’t know, I can’t do that, that is not a stallion move,” says Riddle as he recalls a confrontation with Goldberg. 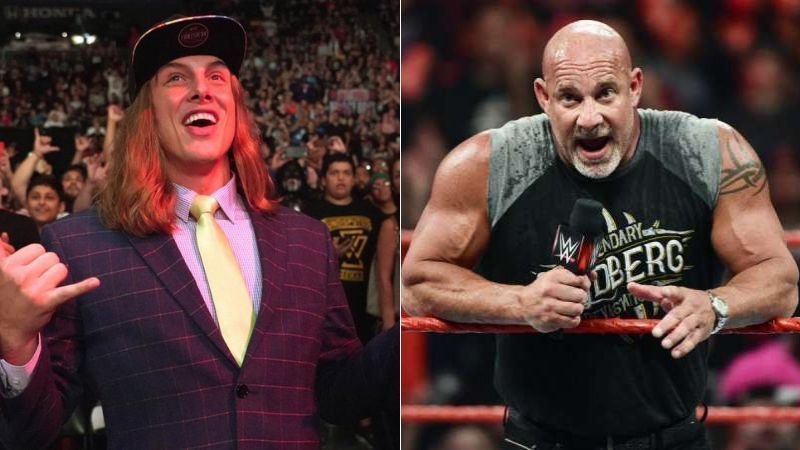 It is surprising that Vince McMahon hasn’t put Riddle and Goldberg in the ring. WWE has always incorporated real-life incidents into their storylines and this feud has all the ingredients for a WrestleMania match if given the time.

If Goldberg and Riddle could solve their dispute, then we could expect them to work together to put Riddle over. This will be a perfect send-off for Goldberg and will increase Matt Riddle’s status in the kayfabe world.

However, the fans can only wait for Riddle’s ascension to the main roster and for Goldberg’s return to the ring. Only then will we gain some real clarity regarding the direction that the company wants to take.