WWE Hall of Faner, The Godfather, had a memorable rivalry with wrestling icon The Undertaker. Even though his popularity was never comparable to Taker, Godafather shared a very close bond with the ‘Deadman.’ He recently revealed an interesting story about the same.

In a recent interview on “Steve Austin’s Broken Skull Sessions“, The Godfather was invited over as a guest. They talked about all things wrestling and more.

In one particular segment, The Godfather talked about his good friend, The Undertaker. He mentioned that at one point, after his match against The Undertaker, he was probably ready to go home.

The Godfather even claimed that he wasn’t having fun anymore in WWF after they put him in the million dollar corporation. He said,

The Godfather revealed that he was always in contact with WWE. He also assured host, “Stone Cold” Steve Austin, that there was never any bad blood between him and the company. 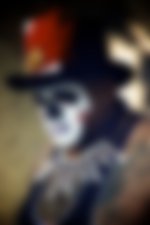 When Austin asked what was next for The Godfather after Taker, he confessed that WCW offered him a contract and he accepted it. Interestingly, it was WWE Hall of Famer Ron Simmons who advised Godfather against his decision.

According to Wright, Simmons said that if he went to WCW, he’d have problems with the people there and they would call him names he wouldn’t like.

Wright further said that he worked some deals with Jim Herd and was waiting for a call back from him. Ultimately, The Godfather stayed at WWE and the fans couldn’t be more thankful.

He was one of the most entertaining Superstars with an equally interesting gimmick.

What are your thoughts on The Godfather’s friendship with The Dead Man? Comment down below and let us know!

If you use any quotes from this article, please give the credits to Broken Skull Sessions and H/t along with a link back to EssentiallySports for the transcription.