The Edge is one of the best WWE superstars in the wrestling world. Over the years, he competed in many intense fights, which created great hype among the fans.

The Rated R Superstar is a former 11-time WWE Champion. In his WWE career, he got into many feuds with epic matches. His rivalries with John Cena and The Undertaker are one of the most heated rivalries in WWE history.

Currently, Edge is back on Monday Night Raw and he is currently in a feud with The Miz. The two men have encountered each other once again. Edge and Miz share a different scenario on-screen which has created hype among the fans for their match.

In a recent podcast Wrestling with Freddie, the former WWE Champion talked about his relationship and ongoing WWE career. Further, The Miz also mentioned his current feud with Edge.

During his conversation, he said, “There is no denying in Edge’s talent. Edge is one of the decorated superstars in WWE history. If you know anything about me, I am all about respect. No matter how hard I try, no matter how hard I do. It always feels like I am overridden, like everyone puts me aside.”

“And to take out and beat a person like Edge, a superstar like Edge who is decorated who is respected. If you beat him, then they can’t help but respect you. The fans, you know the critics and everyone will respect you.”

Further, The Miz claimed that if he beats Edge, he could grab the spotlight and earn the respect he wants.

The Miz takes on Edge at ‘Day 1’ pay-per-view

The Miz and Edge will clash in the ring at Day 1 PPV. Both men have shown signs to beat each other and humiliating. Fans are excited to watch this epic clash on New Year’s eve.

The Rated R Superstar has made his statements humiliating The Miz on the recent episode of Monday Night Raw. During the let’s episode of Raw, Edge gave a brood bath to The Miz and his wife Maryse at his vow renewal ceremony. The couple got embarrassed in front of the WWE Universe.

However, The Miz got vigorous after this cheap trick. The Miz is angry and will seek revenge for humiliating him in front of the fans. 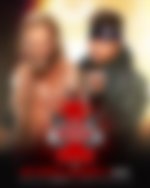 At Day 1 PPV, The Miz will take on Edge to settle their dispute. This is a big chance for The Miz to defeat a big superstar like Edge. He would try to play dirty tricks to win the match.

Do you think The Miz could win against the Rated R Superstar? Tell us in the comments.