There’s no better word to describe Adam Cole vs Kyle O’Reilly than ‘war’. Two of NXT’s most talented superstars went mono-a-mono in an eagerly awaited main event. Both men took each other to the limit with a bunch of incredible and wince-inducing spots. 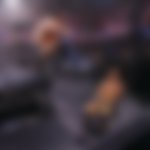 The first big spot of the match came in the earlier stages where both men were wearing the other out. Adam Cole set up a chair on the outside and had evil intentions to carry out, but O’Reilly stopped him with a back body drop.

A little while later, Cole’s decision to bring out the chair would come back to bite him, as O’Reilly delivered a flying dropkick to Cole from the apron through the chair. He almost topped that spot by smashing his forearm into a chair which smashed Cole in the face.

Cole hits a neckbreaker on a steel chain

Yes, we meant chain, not chair. Although Cole did hit a neckbreaker on O’Reilly through a chair, the spot with the steel chain is much more brutal. Again, it was a case of the person who wielded the weapon who got introduced to it first.

After the running dropkick and forearm smash into the face did not put Cole away, O’Reilly resorted to bringing out a steel chain. However, Cole turned the tables on him and dropped him neck first on the cold, unforgiving steel.

The chain would be useful a couple more times, with O’Reilly wrapping it around his foot and kicking Cole in the face. Cole then locked in a Figure Four with the help of the chain, followed by a chain-assisted backstabber.

Adam Cole set up two chairs in the corner; one of them had the Undisputed Era logo on it. He tried to hit a German suplex to O’Reilly through the chairs, but he countered and tried to hit one of his own.

Because of the attack on his neck, O’Reilly could not hit the German, which led to Cole hitting a German suplex and a devastating Shining Wizard to O’Reilly through both chairs. Kyle landed flat on the steel chairs when Cole’s knee met his jaw, but kicked out at two.

Brainbuster on the announcer’s table

The brainbuster is a crucial part of Kyle O’Reilly’s offense, and can pull it out in a moment of despair. This time, he tried hitting it on Cole on the steel steps, just like Cole did to him, but he could not do the dirty deed. Cole showed his dastardly side and capitalized on O’Reilly’s moment of weakness.

He climbed atop the announcer’s desk with O’Reilly and delivered vicious forearms to his jaw. Once he seemed incapacitated, he tried to hit a brainbuster of himself, only for Kyle to surprise him with one of his own. Unfortunately, the table did not break, making the move look even more hard to take.

If you think the previous spot was cool, wait till you see Cole bash O’Reilly in the skull with a television.

Adam Cole and Kyle O’Reilly go through the stage

With both men supremely weary and the referee knocked out by Adam Cole, the match turned into a violent spotfest. O’Reilly dragged his broken body to the outside to escape Cole’s wrath but trapped him in a guillotine choke.

Cole broke out of the first guillotine by smashing O’Reilly against the plexiglass but took a novel approach the second time. Whether he collapsed out of exhaustion or to escape the hold, Cole and O’Reilly made a huge hole in the entrance ramp.

Cole emerged out of the rubble first and kicked a hole into the side of the stage to pull Kyle O’Reilly out. 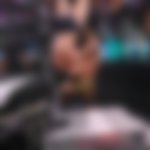 When Cole initially betrayed Kyle O’Reilly, he showed up on NXT the next day to deliver a brutal brainbuster to him on the steel steps. O’Reilly suffered a seizure because of the brutal move and was taken to a local medical facility.

At Takeover, Cole performed the same move on O’Reilly, dropping him head first on the unforgiving steel steps. Despite the brutality, O’Reilly took a Last Shot to the head, and it still couldn’t keep him down.

A mouthful of steel for Adam Cole

The Panama City Playboy‘s night ended in the most brutal way imaginable. Cole pulled out a chair and opened it in a hazardous position. Instead of having it in a seated position, Cole intended to impale O’Reilly by dropping him on one of the steel chair legs.

However, O’Reilly hit a low blow on Cole, another callback to Cole’s betrayal of Roderick Strong. He dropped Cole down and placed him between the chair legs. O’Reilly wrapped a chain around his knee and hit a giant knee drop on Cole through the chair, which snapped upon impact.

That move was enough for O’Reilly to put away Adam Cole. Can any match at WrestleMania top the main event of NXT Takeover: Stand and Deliver?