Dwayne ‘The Rock’ Johnson is responsible for inspiring thousands of young minds into wrestling. His iconic persona as the “Most Electrifying Man in Sports Entertainment” can never be forgotten. Current NXT superstar, Finn Balor, is amongst one of the inspired minds.

On July 7, 2021, former WWE NXT Champion, Finn Balor, took to Twitter to share a cherished memory of his with his fans. The tweet was also a message to The Rock.

The picture is a throwback to the time when a young Finn Balor was hanging out with his friends. The keen eyes fans also noticed that he was sporting The Rock’s T-shirt as well as a fanny pack. This is a direct reference to the Rock’s unforgettable fanny pack picture from 1997.

Balor even used Rock’s “If you smell” catchphrase and the fans just can’t stop talking about it.

If you smell what a very young Finn Bálor was cooking @TheRock pic.twitter.com/XIs0F8zQ8s 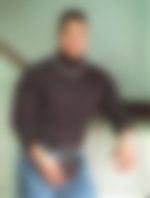 The Rock is more than a wrestler

The Great One is among the very few sports personalities whose popularity transcended their own sport. The Rock is a views magnet.

He brings eyes to any product he works with or for. His time in WWE, especially his matches against ‘Stone Cold’ Steve Austin, was the stuff of legends.

Above all this, his personality still remains the same. During an interview with “Inside the Ropes“, Jim Ross once recalled a memory with The Rock. He said,

“He was somewhere in Europe taping or filming a movie when my the day my wife got killed. I was at the hospital sitting with her, she was on life support. Her family had not had time to fly in from California yet. So my phone rings and it’s Dwayne.

“So it’s like, I don’t know what time it was where he was, it’s like the middle of the night where I was. It just shows he’s not too big to reach out to an old friend and offer the condolences”

This goes to show that no matter how high The Rock soars, his feet are firmly planted on the ground.