The new class of Performance Center recruits features some very exciting names. One of those names is Parker Boudreaux, a former NFL and University of Central Florida football player.

Boudreaux’s signing made headlines across the wrestling industry because of his uncanny resemblance to Brock Lesnar. In fact, being Lesnar’s doppelganger might be his key to superstardom in WWE.

Boudreaux announced his signing on Twitter, along with a defining statement about his WWE goals. According to the former football player, “The wrestling world will change forever.”

Every Superstar enters the wrestling business with this goal in mind, but few actually end up making a difference.

Parker Boudreaux holds the key to making that difference in WWE. He’s over 6ft 3, weighs close to 300 pounds, and will train in the famed WWE Performance Center. He might just become WWE’s next big homegrown star, especially since he hasn’t wrestled before at all.

Similar to Brock Lesnar being referred to as the biggest box office star in WWE, Boudreaux has adopted the nickname, Big Box Office Boudreaux.

Apart from his look and strength, Boudreaux requires a genuine passion for the industry and the sport. He will join a long list of greats who became WWE legends after an NFL/football career. This includes Roman Reigns, Goldberg, Ron Simmons, The Rock, etc.

Boudreaux seems like the guy Vince McMahon would want on the main roster as soon as possible. His size and weight advantage over his opponents would make him a terrific heel. With the potential to be a heel, and a tag that says ‘Destroyer of Worlds’, we might be looking at a very menacing man. 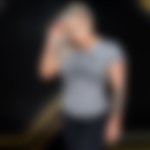 Including Boudreaux, the WWE Performance Center has recruited an enormous bunch of future WWE superstars. This batch of wrestlers includes independent wrestling superstars, former football players, and some unrecognizable names who will do big things in WWE. 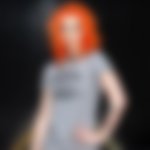 Taya Valkyrie, a former IMPACT Women’s Champion and Knockout’s Champion, comes to NXT. She has wrestled all over North America and won titles in promotions like AAA and IMPACT. She’s also the wife of current WWE Superstar, John Morrison.

Along with her, Gigi Dolin comes to NXT. Dolin was formerly known as Priscilla Kelly on the independent scene.

Bronson Rechsteiner, the son of Rick Steiner, joined the Performance Center as well. Independent wrestling standouts Blake Christian and Christian Casanova also join the party. These are exciting times for WWE fans, who can’t wait to see what these new signings will achieve.