The wrestling world is abuzz with the news of a potential Horsewomen Vs. Horsewomen match. This week on RAW, former MMA wrestler Shayna Baszler brought two of her old friends back. These friends were Marina Shafir and Jessamyn Duke from her MMA days.

For those who don’t know, MMA had their own version of the Four Horsewomen. The group consisted of the trio mentioned above along with Ronda Rousey.

Whereas the Four Horsewomen of WWE are Charlotte Flair, Bayley, Sasha Banks, and Becky Lynch. Fans have often expressed the desire to see the MMA and WWE horsewomen go head to head.

Although all of the MMA horsewomen are under WWE’s contract, it never happened until now! With a specific tweet of Bazsler after Monday Night Raw, the possibilities of the dream match just became real.

On this week’s RAW, MMA alumni Marina Shafir and Jessamyn Duke made their in-ring debut. With Ronda Rousey and Shayna Bazler already having wrestled under WWE, this incident marked the reunion of MMA’s Four Horsewomen.

WE ARE THE ACTUAL TEAM!!! They are just 4 good wrestlers. https://t.co/yEmJCCp6zg

This taunt inevitably raised some eyebrows and speculations.

In June, Baszler appeared on WWE’s The Bump and talked about both groups and the difference between them.

“So we’re not saying they’re not great wrestlers. But we’re the team. We’re the actual team. So that being said, if they wanna decide that they can get along for more than a couple minutes at a time, and they wanna try to piece together a game plan where they can work together against us four that have been friends for years, actual friends and an actual team? They can go ahead and try. Bodies are just submissions waiting to happen, we’ll happily get in there with them,” as reported by 411mania.

The battle of the Horsewomen doesn’t seem too far from reality now.

On the August 17th episode of Monday Night RAW, Shayna Baszler teamed up with Asuka to defeat Sasha Banks and Bayley in a non-title match. After the match was over, Baszler was talking to her old MMA friends Shafir and Duke. 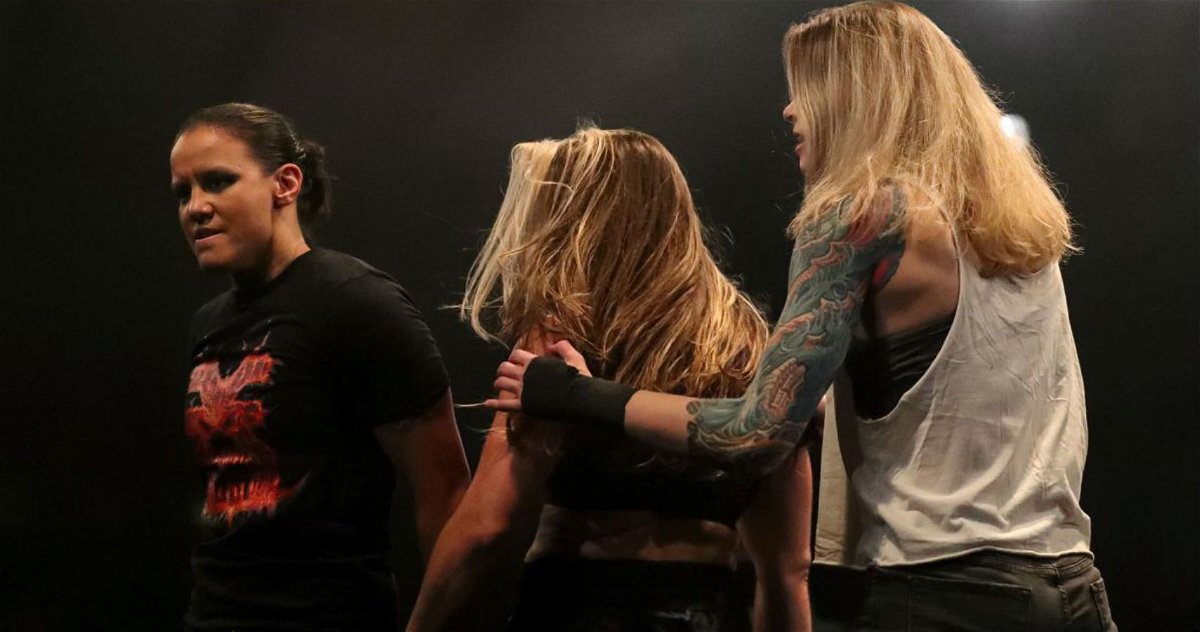 They both took part in the newly introduced RAW Underground. Although Shafir won her match easily, she and Duke got attacked by Nia Jax.

Shayna came to the rescue and challenged Jax for a match there. However, as soon as the match started, Nia left the ring.

It’s pretty clear that the Four Horsewomen have found their first nemesis in the WWE.

“Book it Vince!”- Sasha Banks Gets Into a Friendly “Wrestling Match” With Her Dog