Women’s wrestling has reached an elite level in the past few years. The Women’s Revolution in WWE brought many talented female wrestlers on the roadmap. Now, Taya Valkyrie is rumored to be the latest addition to WWE’s star-studded women’s division. But who is Taya Valkyrie?

All you need to know about Taya Valkyrie

Taya Valkyrie is a graduate of Lance Storm’s Storm Wrestling Academy and is the wife of WWE Superstar John Morrison. She made her name wrestling for various promotions across Canada, but her breakthrough came when she moved to Mexico.

Valkyrie made her Lucha Libre AAA Worldwide debut in 2012 and wrestled in a plethora of tag team matches, honing her skills. She finally won the big prize – the Reina de Reinas Championship from Faby Apache at Triplemania XXII and held it for a record 945 days!

Valkyrie moved to Lucha Underground in 2016 alongside her husband, Johnny Mundo, and became a powerful personality there too. Her debut match was against ‘The Machine’ Brian Cage. Now if that doesn’t speak volumes about her skills, then we don’t know what will!

‘The Perfect Woman’ made her Impact Wrestling debut in 2017 and stayed on top of the women’s division till her departure in December last year. She aligned herself with her husband and even won the Impact Knockouts Championship, a title that she held for a record 377 days!

Valkyrie is coming to the WWE

John Morrison made his return to WWE in January last year, Since then, there were talks about Valkyrie potentially signing with the promotion. Of course, none of it came to fruition and Valkyrie stayed in Impact Wrestling until recently.

As per PWInsider, Valkyrie’s Impact Wrestling contract ended in December, and WWE has signed her, particularly for NXT. Impact wrote her off proving her guilty for shooting John E. Bravo on his and Rosemary’s wedding day. 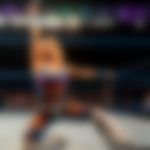 Taya is one of the most classy female talents one can ever come across. She has the in-ring abilities and mic skills to make it to the top of the WWE mountain. All we have to see is if WWE wants her to be the next big women’s star or just another veteran putting over younger talent.

If you ask this writer, WWE can straightaway send the Canadian superstar to the main roster as she’s already more than prepared. Her wrestling style is more suitable for the main roster as compared to the fast-paced action on the Black and Gold brand. 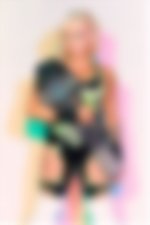 Taya will make her WWE debut sooner than later. If you haven’t seen her wrestle yet, then get ready to be amazed by what ‘The Perfect Woman’ brings to the table! Are you excited to see the latest signings such as Taya and Parker Boudreaux make their debut?