“This Guy Is a Mega Star” – How Did WWE Superstar Taya Valkyrie First Meet Her Husband John Morrison?

Taya Valkyrie is a very well-known name in the wrestling world. She is a former Impact Knockouts Champion and a women’s champion in Lucha Libre AAA Worldwide.

Apart from her wrestling accolades, Valkyrie has another identity. She is the wife of former Impact World Champion and current WWE Superstar John Morrison.

The couple has been in a relationship since 2016. Recently, in an interview with Chris Van Villet, Taya revealed how they met for the first time. 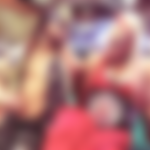 Ahead of her first match in Lucha Libre, she first met John and his opponent, Brian Cage. Valkyrie’s debut in the promotion was an inter-gender one with Cage. She interrupted a match between the two men and later became John’s valet.

“I did my first run-in with John, and we were just like–I was just nervous because I didn’t know what to expect. This guy is a mega-star. Brian Cage is in there; there’s a lot going on. I was just nervous. It was my first time in the temple, and I finally put my mark in the U.S. doing something.”

They then developed an on-screen relationship. She said, “but it wasn’t until he started following me around the temple that he asked me out on a first date. But he would follow me around, and there were different locker rooms.”

Taya Valkyrie never thought she would marry anyone in the business

Before she met John Morrison, Taya Valkyrie never thought she would be getting married to someone in wrestling. From childhood, her mother brought her up as an independent woman. She never thought, “what the universe had in mind for me.”

From the Lucha Libre temple, Valkyrie and Morrison went out on a date in California. From there on, their relationship blossomed even more.

The duo got engaged in 2017 and was married one year later. In 2021, WWE signed Valkyrie amongst their latest Performance Centre class. Needless to say, the fans are hoping to see more of the reel-to-reality couple.