A group called Evolution dominated WWE Raw in 2003. Triple H led the iconic faction to some truly memorable moments from 2003 to 2005, when they split to become multi-time World Champions. The last member to be recruited by Triple H was an absolute beast called Batista.

Standing at 6’5 and weighing 300 pounds, Batista was a force to be reckoned with. The ‘Animal’ went on to main event WrestleMania on multiple occasions and won two Royal Rumble matches. However, his career began shooting upwards on an episode of Raw on 20th October 2003.

Shawn Michaels faced Goldberg in an epic main event, that could have served as a WrestleMania main event. Goldberg was on a path of destruction. He humiliated The Rock at Backlash and snatched Triple H’s World Heavyweight Championship. At the time, Triple H was involved in a feud with Shawn Michaels. Hence, a win for either superstar posed a threat to Hunter’s chances of reclaiming his title. 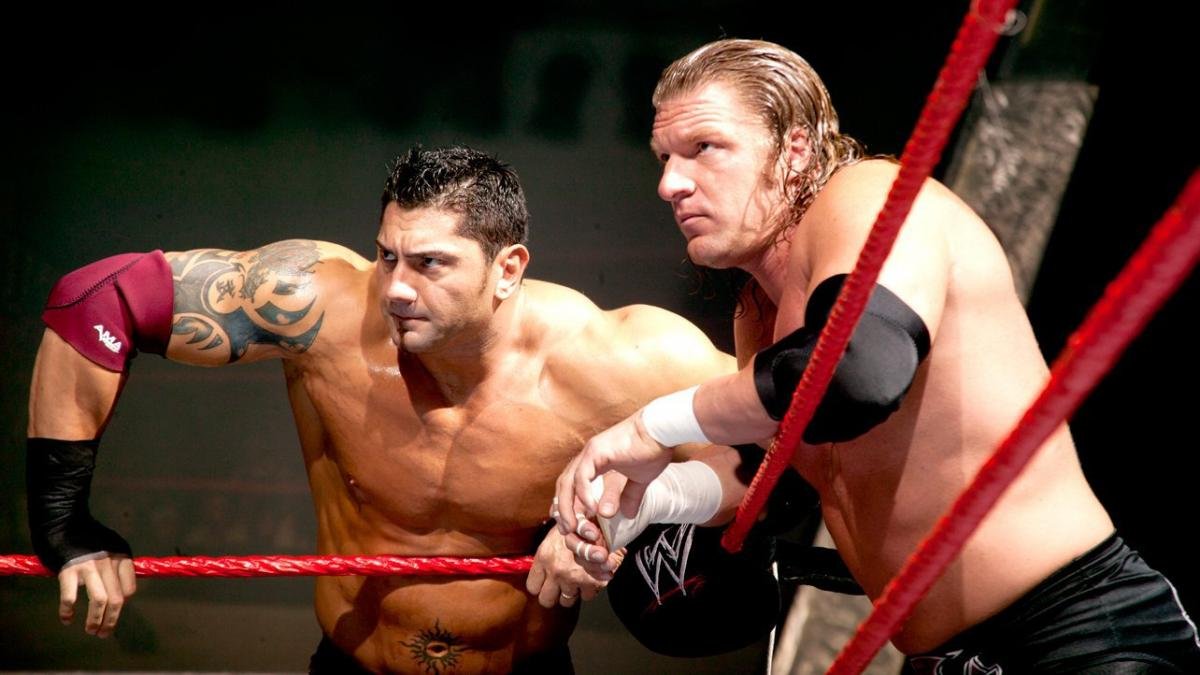 Goldberg looked to smash Michaels with a spear, but ‘HBK’ sidestepped the move and Goldberg speared the referee instead. Subsequently, Michaels connected with Sweet Chin Music and dropped his opponent. Charles Robinson came out to continue the match. He conducted a count on both men who were down. At this time, Batista pulled HBK out of the ring.

‘The Animal’ slammed HBK off the ring steps, before launching him over the barricade. He entered the ring and hit Goldberg with a painful-looking spine-buster. This was followed by a huge sit-out power bomb, which became Batista’s finishing move, the Batista Bomb. He then targeted Goldberg’s ankle to leave the champion writhing in agony.

Batista- The newest member of Evolution

As he stood there looking at the destruction he caused, Evolution’s music hit, and Ric Flair, Randy Orton, and Triple H made their way to the ring. Batista walked up to the trio, who patted him on the back and welcomed him into their ranks. 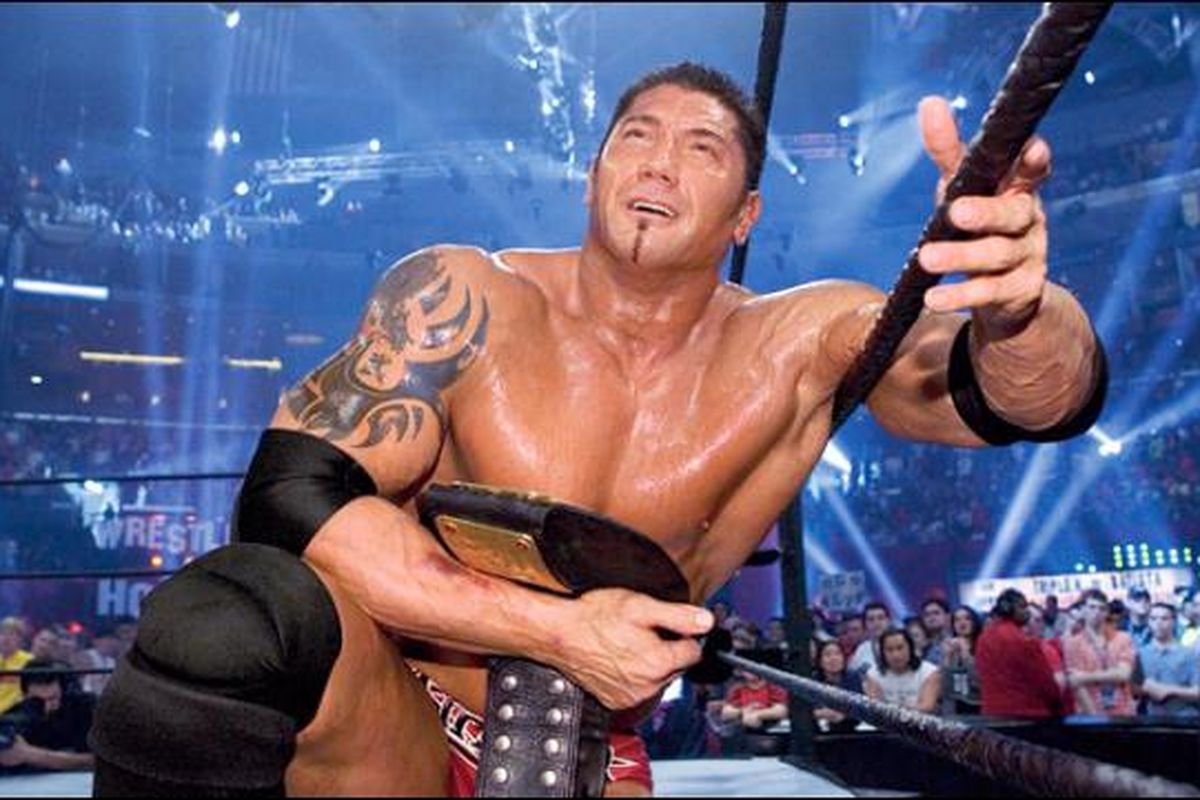 Batista’s run with Evolution was pretty fruitful. He won the WWE Tag titles alongside Ric Flair and was involved in several high-profile feuds. His first title win emanated from his stint as an Evolution member. He won the 2005 Royal Rumble and beat Triple H in the main event of WrestleMania 21. It all started with him shattering Goldberg’s angle. Did you envision the success Batista was about to get at the moment in 2003?