Tommaso Ciampa is currently making the headlines in NXT 2.0 as the NXT Champion. The developmental brand of WWE changed to NXT 2.0 last month as it focuses on the future.

The NXT champion first appeared in WWE way back in 2005. Ciampa appeared as Muhammad Hassan’s lawyer on SmackDown as WWE involved him in a segment with The Undertaker. During the segment, The Undertaker even attacked Ciampa.

But that day was special for Ciampa, not only because of this incident. But also because he got to meet Vince McMahon for the first time. They called Ciampa into Vince McMahon’s office for the rehearsal for reading his lawyer’s script.

He told Metro.co.uk that he was very nervous, but all his tension went away after as he saw Triple H making protein shakes in Vince’s office. 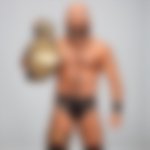 Ciampa said, “There was a point in the day I still remember so vividly today where I had to do a rehearsal in front of Vince where I would read my lawyer script. When I finally got to go into Vince’s room, hunter was making protein shakes.”

“It’s just one of those things that to this day – I walked in so nervous, the second I saw him in a muscle tank top making protein shakes offering one to Vince, all my tension and nerves just went away,” He added.

Now, after 16 long years, Ciampa is at the top of his game and is regarded as one of the finest wrestlers in NXT. It might be a matter of time when we see him getting drafted to the main roster permanently.

Will Tommaso Ciampa be able to defend his title at Halloween Havoc?

Ciampa has been in the spotlight ever since then. With Halloween Havoc returning to NXT this month, Ciampa issued an open challenge to the entire NXT locker room.

Soon, there was a challenger to his title in Bron Breakker. Breakker came out and accepted Ciampa’s challenge. WWE then made it official that Ciampa will now defend his NXT Championship against Bron Breakker on 26th October at Halloween Havoc.

With Breakker making his mark in NXT, it remains to be seen whether Ciampa can overcome this challenge and still be the NXT Champion.

Do you think Ciampa will hold on to his title? Let us know.