Triple H has taken many young talents under his wings to help them climb the ladder. Apart from his wrestling career, the 14-time World Champion Triple H manages the WWE NXT brand. When we look at many young WWE Superstars on the main roster, Triple H significantly influenced their wrestling career.

Triple H always believes in rookie wrestlers and has always stood for his apprentices. Once, Triple H did the same for a former WWE United States Champion.

On the latest episode of The Masked Man Show, Damian Priest revealed that WWE almost took him away from the WrestleMania 37 spot with Bad Bunny. But the 14-time World Champion had Priest’s back.

“I felt good that they trusted me in that role, and I’m sure there was a talk because how can you trust someone that you don’t know? There are people like Hunter [Triple H] who knew I was fine, and he is the reason why it ended up working out because I almost got switched out. They almost took me out of that spot,” Priest said. 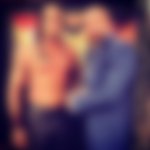 Damian added, “If I was in their shoes, 100%, that would be the way to go, and Hunter [Triple H] went to bat for me. And he was like, ‘Hey, I’m sorry that they even told you it’s not going to be you now because I’m going to go have a conversation. And he explained why I should be trusted.”

Watch This Story: The Undertaker to The Ultimate Warrior: Biggest WWE WrestleMania Returns Over the Years

When ‘The Game’ Triple H learned that WWE might try to push Damian Priest out of the WrestleMania spot, he apologized to Priest. In addition, Paul Levesque personally announced a meeting to tell the company that they should trust Damian Priest.

Would Damian Priest exist without The Game?

The Archer of Infamy and Bunny took home the victory at the Grandest Stage of them All. However, at first, WWE did not believe in Damian Priest until The Game had the last word for him with the company. So The Archer of Infamy was glad that Triple H took his side.

Triple H has positively stuck with Damian Priest during his NXT days. The former United States Champion spoke about Triple H’s impact on his wrestling career.

“There’s no Damian Priest with Triple H. That’s 100%. There are no ifs and buts about it. I am not sitting here with you if there is no Triple H,” Priest continued.

Triple H has always encouraged Damian Priest and told him to believe in himself. Damian Priest took Triple H’s mentorship right from his NXT days to once becoming the United States Champion.

The Game trusted Damian Priest more than he believed in himself.

One selfless act by Triple H and now Damian Priest has grabbed the opportunity to climb the ladder of success. The Archer of Infamy has joined alliances in a new faction with Rated-R Superstar Edge.

The brand new character of Damian Priest with the WWE Hall of Famer Edge will surely increase his status in the WWE.