Dwayne “The Rock” Johnson is one of the most iconic WWE Superstars in WWE history. It’s been 25 years since Dwayne Johnson debuted in the WWE ring.

Check out these electrifying Superstar tributes to @therock, presented by #RedNotice streaming only on @netflix. https://t.co/RBY0qrvYC8 pic.twitter.com/lPMeNDjN30

In the recent WWE tweet, WWE posted pictures of the Superstars with iconic poses in The Rock’s outfits. The WWE Champion Big E showed up with an iconic pose alongside the other members of The New Day. Recently, Dwayne Johnson’s movie Red Notice was released, which was widely appreciated by the fans.

The Rock debuts in WWE

The Rock made his debut in 1995 in the WWF era. He wrestled his first match under the ring name Rocky Maivia. As we all know, he belongs to a wrestling family and his family members were involved in professional wrestling. 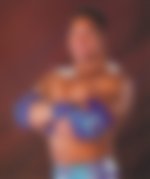 Rock enjoyed an incredibly successful WWE career with many title reigns in his bag. He competed against WWE legends right from his start, including his feuds with Vince McMahon and Stone Cold Steve Austin. His WrestleMania match with John Cena was a huge victory for him, winning him the WWE title.

Rock is a multiple-time WWE Champion. He is recognized to be one of the most successful WWE Superstars ever. However, he has not only made his fans love him in the wrestling ring, but also on the movie screens.

Since his debut in 2001, Dwayne “The Rock” Johnson played many characters in different movies and earned appreciation for his on-screen work. 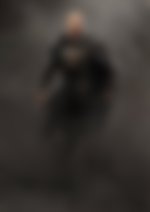 Some of the top movies on the list include The Mummy Returns, The Rundown, Be Cool, Walking Tall, Gridiron Gang, The Game Plan, Get Smart, Race to Witch Mountain, Planet 51, Tooth Fairy, Doom, The Other Guys, Faster, Fast Five, Journey 2: The Mysterious Island, Snitch.

There are some rumors regarding The Rock’s return for a dream match against Roman Reigns. The hype for this dream match would be unmatched amongst WWE fans. Do you want to see Roman Reigns vs The Rock? Let us know in the comments.