WWE has had its fair share of vehicular crashes. From Vince McMahon’s limousine exploding to Stone Cold Steve Austin getting run over, vehicular crashes have led to some of the most iconic moments in WWE history.However, Triple H decided that one vehicular crash moment at NXT: Great American Bash should go down with the very best.

While that’s a very brave statement to make, it was actually done in good humour. 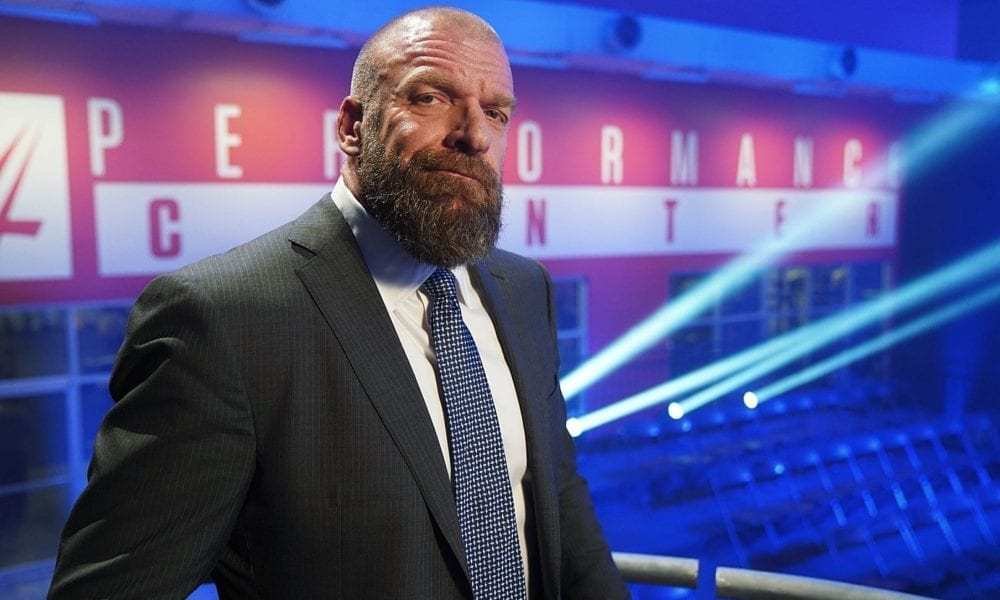 That’s because this moment wasn’t really a big bang as you might expect.

It was actually part of one of the light hearted segments from NXT: Great American Bash. Robert Stone, who’s been looking to build his own brand, was at the center of the action in this scenario.

However, it seems like he chose the wrong person. Very soon, Killian Dain would come out and completely destroy Stone backstage. However, that was not all for poor Robert Stone.

Blackheart decided that she needed to teach him a lesson for future purposes. That’s why she brought out her tank and proceeded to destroy Stone’s leg.

Triple H was appreciative of the segment as he wrote this via Twitter.

This is up there with some of the most devastating vehicular attacks in @WWE history…tanks for stopping @RobertStoneWWE, @ShotziWWE.

This is up there with some of the most devastating vehicular attacks in @WWE history…tanks for stopping @RobertStoneWWE, @ShotziWWE.

It’s notable that Triple H was extremely active on Twitter throughout the event.

That’s a testimony to the fact that The Game is personally invested in the growth of the brand. He does everything in his power to put over every minute aspect of the show. He knows that the challenge from AEW every week is huge and NXT is responsible for putting up WWE’s fight.

There were recent reports that Vince McMahon wasn’t too happy with the yellow brand’s ratings.

However, night one of the Great American Bash completely dominated AEW Fyter Fest.

It will be interesting to see how night two of the event eventually fares.