Randy Orton and Riddle’s 2022 is proving to be a disappointing one till now in WWE. Not only did they get defeated by the Alpha Academy, but they also lost the WWE Raw Tag Team titles this week on Monday Night Raw.

Otis and Chad Gable made a statement of intent last week. And finally, they experienced glory this week.

Following Alpha Academy’s win on the latest episode of Monday Night Raw, the WWE Universe took to Twitter to reveal their reaction to the shocking title change.

One person thinks that Randy Orton will eliminate Riddle from the Royal Rumble match following the title change. Another fan tweeted disappointment at the title change not taking place in a PPV.

Because Randy is eliminating riddle

Why not at the fucking PPV

RK-Bro is one of the most loved tag teams in WWE at the moment. One fan called the title change woefully bad while another stated Orton and Riddle to be the best thing on WWE Raw.

Some fans also predicted the split between Randy Orton and Matt Riddle following their title loss.

Randy & Riddle about to begin to split then

Will Randy Orton and Riddle aka RK-Bro split after title loss on WWE Raw?

Randy Orton and Riddle are poles apart if you go by their personalities. Orton is a kind of a serious guy while Riddle is more of a fun-loving nature. It is extraordinary how the two got along so well.

The two superstars surprised everyone by teaming up together. Back in April 2021, Riddle suggested a tag team formation to Orton. Though Randy Orton rejected the idea at first, he later accepted the idea and it lead to the formation of RK-Bro. 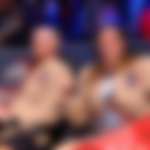 Though there have been signs of split up between Orton and Riddle previously, they had never split up. But it might happen in the future.

RK-Bro even defended the WWE Raw Tag Team titles on several occasions in 2021. But today, during the latest episode of WWE Raw, they got defeated by the Alpha Academy.

But RK-Bro will surely get a rematch against the Alpha Academy for the WWE Raw Tag Team titles. Do you think Orton and Riddle can win back the titles?