The wrestling world received a huge shock on Wednesday afternoon as the news of Melissa Coates’ passing came out. For those unaware, Melissa Coates was a professional wrestling veteran, who was immensely popular on the independent circuit. Many also know her as the valet of ECW Legend Sabu on the indies.

Melissa Coates passed away on June 23rd, Wednesday, in the afternoon. The cause of her death isn’t public yet. Looking at her Twitter activity, it is unlikely she was ill. In fact, she even celebrated her 50th birthday just five days earlier. 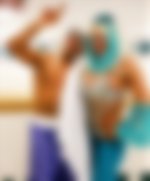 Coates kicked off her career as a bodybuilder. She did bodybuilding for most of the 90s and earned some major accolades, including the IFBB Jan Tana Classic in 1996. After bodybuilding and a few stints as a model, Coates began her pro-wrestling training in 2002.

After training for three years at Killer Kowalski’s school and Ultimate Pro Wrestling, she made her debut in 2005 at an indy show. WWE quickly snatched her up and signed her to a developmental deal at Ohio Valley Wrestling (OVW). 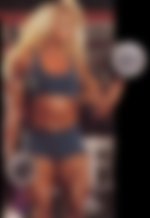 Watch this Story: WWE Superstars with the Fastest Submission Victories in WWE History!

Although Melissa Coates wrestled a ton of future WWE Women’s Superstars in OVW, she never got a chance to show her mettle in WWE. Her only WWE on-screen appearance came at BackLash 2005 where she failed to break Chris Masters’ Master Lock.

While Coates never appeared under the bright lights of WWE, she did make a name for herself on the independent circuit. In 2014, Coates began managing ECW Legend Sabu, calling herself ‘The Super Genie.’

Eventually, their association in wrestling blossomed into a relationship.

Everything seemed to be going great for Melissa until she was told her left leg had to be amputated. There were several blood clots, and the only way to stop it from getting worse was amputation. Despite this, Coates never gave up on her passion.

The Super Genie expressed her desire to get back in the ring. She urged friends and fans to donate to her GoFundMe page so that she could get a prosthetic leg and get back to the ring. This was just three days ago.

I am one year older today. Well most of my body is. My left leg died last October 23, 2020 when I had to have it amputated, or die. I chose the latter. Pls support and share my gofundme as I attempt to get back into the ring with the help of a microprocessor knee prosthetic

It’s sad to know Melissa Coates, a person who lived her life for pro-wrestling, isn’t with us anymore. Even when she wasn’t a 100%, she dreamed of the only thing she loved the most – pro wrestling.