At WrestleMania 38, Roman Reigns unified the WWE Championship and the WWE Universal Championship by defeating Brock Lesnar. And this week, Reigns had put his titles on the line for the first time on live television.

He faced Riddle in a title match on this week’s episode of WWE SmackDown. During the match, Vince McMahon’s former opponent, Pat McAfee, brought into light a major fact related to Roman Reigns.

While doing commentary during the match, McAfee took a cheeky dig at Roman Reigns. He noted, “Me and Roman have had the same amount of singles match since WrestleMania.”

At WWE WrestleMania Backlash 2022, Reigns and The Usos competed in a six-man tag team match against Drew McIntyre, Riddle and Randy Orton. But Roman Reigns did not even appear at the WWE Hell in a Cell 2022 Premium Live Event.

As things stand, fans might also miss out on seeing Reigns in action at the WWE Money in the Bank 2022 Premium Live Event. But he will defend the titles against Brock Lesnar at WWE SummerSlam 2022.

If you thought that the Brock Lesnar- Roman Reigns rivalry is over, you are wrong. After Reigns’s match against Riddle, Lesnar made a shocking return to WWE and took out The Bloodline.

The Beast Incarnate is back for revenge. And he will once again compete in a match against the Tribal Chief at WWE SummerSlam 2022. 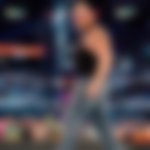 Following Lesnar’s return, WWE announced that Reigns and Lesnar will compete in a Last Man Standing match at WWE SummerSlam 2022 for the Undisputed WWE Universal Championship.

Reigns and Lesnar know a lot about each other’s moves inside the squared circle. The two men have faced each other many times. And every time, they have made the headlines. It will be interesting to see if Brock Lesnar can take the titles away from Roman Reigns or will The Tribal Chief once again get the better of Lesnar.