Vince McMahon is the chairman and CEO of World Wrestling Entertainment (WWE). He is undoubtedly one of the finest businessmen in the world. Mr. McMahon has transformed the WWE into a global phenomenon and has experienced enormous success over the years.

Today, he is one of the most famous individuals in the world. As per Forbes, Vince holds a net worth of $2 billion as of 27th December 2021. That is a huge amount of money. The WWE chairman also owns a massive house in Greenwich, Connecticut.

But recently, Vince has put the house for sale for $32 million. As per Wrestling Observer, Vince McMahon purchased the 10-acre property back in 2014 for $11.84 million. And it is up for sale at $32 million.

The property experienced a major increase in valuation, close to a 170% increase in the value. As per the official listing on Compass.com, the property has an eight-car garage, an invisible edge pool, and a spa. It also includes six bedrooms, seven baths, and five ½ baths.

Vince McMahon’s mansion in Greenwich, CT, is for sale for the price of $32 million.

It’s a 23,700 square foot home with six bedrooms, 12 bathrooms and a garage that fits eight cars.

“Perched on 10 waterfront acres of lush grounds and mature landscaping, this architectural masterpiece is unrivaled in the juxtaposed design of hand-cut stone and modern design. A custom estate with unmatched luxury offering a lifestyle of comfort, sophistication, and security. Beautiful and private Converse Lake, in the coveted Conyers Farm. A quintessential country and equestrian setting for the person looking for privacy within close proximity to Manhattan,” the listing stated.

Vince McMahon got a painting of himself in his house

The WWE chairman is no ordinary man. And if you look at the painting that he got for himself, you might not have any doubt about that.

According to TheRichest, Vince McMahon got himself a massive painting of himself in his house. The WWE chairman is also the founder and owner of Alpha Entertainment. 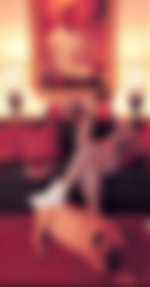 Vince has undergone many business deals for WWE and certainly knows all about the corporate world.

But a time will come when Vince will have to step down. And WWE legends have different opinions when talking about Vince McMahon’s successor. But for the time being, Vince McMahon is still going strong.