The final chapter of Undertaker: The Last Ride revealed an expected truth that no wrestling fans have been dreading for quite some time.

The Last Ride certainly is one of the most viewed shows ever on the WWE network. Mark Calaway has not only played The Deadman character with perfection. He has protected it outside the ring with all his might.

The Last Ride is the most trending show currently as everyone wants to know who the real Undertaker is. The documentary saw Calaway  pouring himself out there for the fans

He spoke about his highs, lows, his greatest matches, his worst matches, his personal life, and much more. The most important is the WWE Universe got to know and learn about the real man behind this larger than life character.

The Undertaker’s retirement has always been the talk of the WWE universe, much more so ever since the Phenom didn’t appear at the show that many fans claim is his kingdom i.e WrestleMania 35.

The Undertaker announces his retirement

In chapter five, the last and final chapter of Undertaker: The Last Ride the Deadman announced his retirement. The Undertaker spoke about not having the desire to return to the ring.

However, if Vince McMahon was in trouble The Lord of Darkness would give it a thought.

Here is what The Undertaker had to say.

“If Vince was in a pinch, would I come back? I guess time will only tell there. In case of emergency, break glass pull out the Undertaker, I mean I would have to consider that.

“Never say never but at this point in my life and in my career I have no desire to return to the ring. I am at a point this time the cowboy really rides away.” 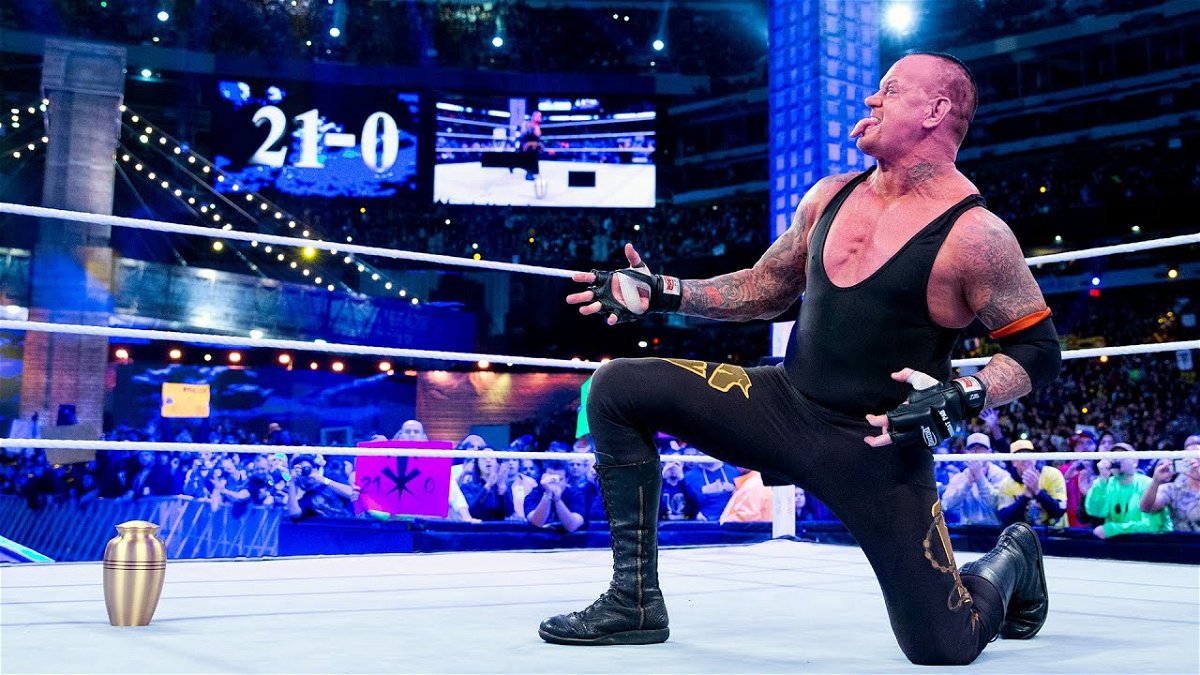 The Undertaker saying, ‘Never Say Never’ is what every fan is holding onto. The Undertaker is the physical manifestation of the WWE itself. Therefore, fans and pundits of the sport are reluctant to let the last of the old guard go, and rightly so.

The Deadman has put it all on the line over the course of his storied career, for the fans. Unmistakably, a generational talent, who can never be replaced.

However, he gives fans a fleeting high leaving them begging for more following every single performance.

His slow and majestic entrance, bone-chilling promos, impressive ring moves, and different and impossible segments are things that are the very essence of his character’s existence.

Having spent thirty years in WWE, The Phenom has reigned strong over the hearts and minds of the fans. The Undertaker is a household name that is synonymous with success and one that commands respect.

He has been a source of inspiration for individuals for over 3 decades, a magnificent feat indeed.

A memorable and illustrious part of the fans’ childhoods come to a close as The Undertaker confirms his decision to hang his boots up for good. For his presence on their television sets is the bridge that connected them with their yesteryears.

Updates On Possible WWE Return Of The Undertaker