WWE Chairman Vince McMahon always talks to the superstars as he wants to know about their on-screen character. Initially, Mr. McMahon guides many superstars and helps them in keeping their character in shape, and also tells them what he expects from their character.

Although Vince McMahon is the company’s Chairman, he still invests his time and talks with the wrestlers. Many times, Vince McMahon himself becomes a part of the storyline to help push the superstar on screen. Hence, many superstars love this strategy of Vince, as it helps them to know about their individual performances and the fans’ reactions.

Recently, SmackDown Superstar Toni Storm appeared on the latest episode of ‘Out of Character’ where she spoke about her chat with Vince McMahon.

During her conversation with Ryan Satin, she opened about her wrestling career and how she is improving her skills. Moreover, she talked about her experience of working on the main roster.

When Ryan Satin questioned her about her chat with Mr. Vince McMahon. She answered, “Oh! I mean we’ve only had a few chats so far. We haven’t had a chance to really get to know each other yet, but um, you know I’m sure if I can keep doing a good job and you know slap the taste out of that girl’s mouth. Maybe there’ll be some longer chats.”

Toni Storm is focused on making herself better and wishes to reach the top spot in WWE.

The former NXT UK Champion spoke about her determination to push herself to the top. She intends to improve herself and is working hard to impress the fans.

During her conversation, she said how she looks at Charlotte Flair and how she will want to get on the top of the ladder. She said, “She’s not the first person I’ve dealt with. That’s done like a thing or two like that. You know what I mean like yeah! she’s a Flair. But, yeah, well, I’m Toni Storm and I don’t care.”

“Yeah! she’s a Flair and you know I have a great deal of respect for her. Uh! but you know what? I may come from nothing, but I’m gonna give it everything and as I said, I’m gonna slap the taste out of her mouth. Let’s do. I’m just going to do what everyone wants me to do.” said Storm.

Toni Storm is fully determined to climb the ladder in the company and get her hands on the SmackDown Championship soon. Although Toni lost her chance to defeat Charlotte Flair, she will continue her battle for the SmackDown Women’s Title. It’s quite clear that Toni wants to be in the spotlight, just like ‘The Queen’ Charlotte Flair. 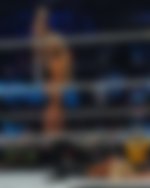 However, it will not be easy for Toni to impress Vince McMahon. Eventually, Toni will need to push herself to surpass her limits to get to the top spot and this could give her a chance to be on Mr. McMahon’s favorite list.

What do you think of Toni Storm’s future? Will she become the Women’s Champion? Tell us in the comments.