The latest reports suggest RiRi caught A$AP Rocky allegedly cheating with a shoe designer, Amina Muaddi. So, the iconic pop singer may have broken up with her boyfriend.

However, nothing has been confirmed yet because neither Rihanna nor the American rapper has made their statements. If the rumors are true, this will be a massive blow for Rihanna’s fans as they are concerned about the newborn child.

But, before RiRi’s latest scout, Vince McMahon’s WWE a decade ago, snubbed her. In 2011, a former WWE Divas Champion, Alicia Fox, had just won her Women’s title.

Alicia Fox, in 2011, was just drafted to the WWE SmackDown brand following her NXT title reign. When Alicia Fox came to the blue brand, she established her presence by capturing the WWE Divas Championship. Alicia Fox became the first and only African American Divas Champion in WWE history. 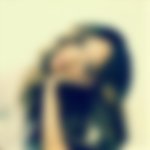 WWE Universe pulled a ribbed on Rihanna because when we look at Alicia Fox and RiRi, they have an uncanny resemblance. Rihanna and Alicia Fox almost lookalike. During the 2010s and 2011s, Rihanna dominated the music industry.

WWE stood tall for Alicia Fox even though RiRi was a big shot!

RiRi also collaborated with legendary rapper Eminem in the song, ‘Love the Way You Lie.’ This was a turning point for Rihanna because she ruled the music industry.

However, the biggest professional wrestling company did not leave the side of their beloved WWE female superstar. Even though RiRi reigned her supremacy in the global music business, WWE promoted their superstar.

Vince McMahon’s WWE told the fans that Alicia Fox would always be more important than Rihanna. So the company placed the former WWE Divas Champion toe-to-toe with the iconic pop singer.

For Alicia Fox, it was an honor as the company stood tall with her. WWE reminded the world that Rihanna might rule the music industry. But in professional wrestling, we have the Alicia Fox if there was ever any competition.

WWE knows how to keep its talents ahead of the company. So in a way, Vince McMahon’s company snubbed Rihanna way before anyone else could.