WATCH: Heartwarming Moment as John Cena Grants Yet Another Wish of a Child Following WWE SmackDown

When John Cena says these three words – Hustle, Loyalty, and Respect; it’s not just a part of his gimmick that he had been portraying for decades, it’s a code that he lives by.

Cena tries to give back more than he has received, and that is why he associated himself with the make-a-wish foundation, which helps terminally ill kids to meet their idols.

Cena has been associated with the foundation since his early wrestling days in 2004; fast forward to 2021, Cena has granted over a staggering 650 wishes which are by far the most by any other celebrity.

Cena meets these children as they’re his own, and that’s what makes him special. Recently, Joe Pompliano tweeted the statistics for the number of wishes that he had granted.

Joe wrote that Cena has granted over 650 wishes over the course of 17 years, which amount to one wish per week for 16+ years, which is simply amazing. He also shared a video of Cena interacting with a kid backstage on last night’s SmackDown.

In the video, we see Cena signing an autograph for a kid who is in a wheelchair and the kid looks visibly emotional as his idol stands next to him. He also interacts with the kid’s parents and also helps the kid walk around after he’s lifted off of his wheelchair.

John Cena has granted over 650 wishes to children battling life-threatening illnesses through the make-a-wish foundation since 2004.

That’s almost one per week for 16+ straight years.

John Cena always finds a way to grant a wish

The 2020 Pandemic didn’t stop Cena from visiting a 7-year-old kid suffering from cancer. Cena went in there and spent some heartwarming time with him and gave him some presents like autographed T-shirts and armbands. 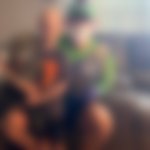 Veteran wrestling announcer, Jim Ross said on his podcast Grilling with JR, that Cena always loved granting wishes because he believed in it, he believed that granting a wish of this sort can really turn a person’s life around.

“Cena was special, even then [2006] on his Make-A-Wish, he believed in it. A lot of guys we would go to, to do Make-A-Wishes didn’t have John’s commitment. I’ve always admired John for many things but his commitment to the Make-A-Wish kids, these terminally ill children was really really special,” Jim Ross said. (H/T: Inside The Ropes)

Clearly, John Cena has done it all in the wrestling business and also for the kids affected by life-threatening diseases. He is truly a gem of a person.