WATCH: When English MMA Fighter Pulled Off a Chris Jericho During a Fight

The English Fighter Jonno Mears used this move to pick up a victory. Mears was victorious at FCC-19 (Full Contact Contender) with a submission win over his opponent. Moreover, Chris Jericho also tweeted regarding this.

He really finished him with the Walls of Jericho!!!! @SpinninBackfist pic.twitter.com/TL8kfQxzwR

WWE fans are familiar with this move. The former multiple-time WWE Champion Chris Jericho uses this move. The ‘Walls of Jericho’ is Jericho’s signature move, and he made many wrestlers tap out using this.

Walls of Jericho is a pretty dangerous move and can even damage the wrestlers’ back severely. Moreover, ‘The Highlight of the Night’ used this move in many intense matches to win the matches.

Chris Jericho names his favorite opponent from the Attitude Era

Y2J has spent over a decade in the WWE. Eventually, Jericho faced many opponents in his WWE tenure and holds a significant record in WWE history. His rivalry with Shawn Michaels and Triple H excited the fans during the Attitude Era.

However, Jericho shares a different experience with The Rock. The Brahma Bull is one of the best WWE Superstars from the Attitude Era who gained immense success. Both men encountered each other many times in the ring in fierce battles.

In an interview, the AEW star opened up about his favorite opponent from the Attitude Era. Apparently, he named The Rock his toughest opponent. Both men battled on different occasions, and always put on great matches. 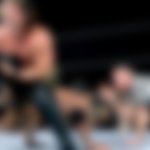 The Rock had a good gimmick, which made him a big superstar. Although both men had a fierce rivalry in WWE, they were good friends.

Currently, Chris Jericho is a part of AEW where he performs with the same ring name. He was the first AEW Champion of All Elite Wrestling.

Do you think a final showdown between Chris Jericho and The Rock can happen? Tell us in the comments.