Big E was at the Big Noon Kickoff at Iowa City prior to the match between Iowa Hawkeyes and Penn State. He made his appearance, and everyone went berserk.

Being a former Hawkeye Linebacker, this was an emotional one for E. He hyped up the crowd like none other, everyone was cheering while the WWE Champion took the main stage!

Big E’s run with the team lasted between 2004 to 2006. As per his former teammates, E could have had a splendid football career had he not suffered knee and pectoral injuries.

Even his former football coach believes that his football career could have soared had he not suffered injuries. However, coach Kirk Ferentz is extremely happy that E found his much deserved success in another field.

The Champion is putting the WWE Championship on the line against The Scottish Warrior at Crown Jewel 2021. McIntyre is actually glad E is champion because when Bobby Lashley was champion, The Almighty banned McIntyre for the title while he was champion.

Now that E is champion again, McIntyre can challenge for the title again.

McIntyre approached him on Monday Night Raw, and explained that he’s glad Big E is the champion, but since E did cash in on an injured Lashley, there needs to be a rematch for the title.

Watch This Story: John Cena To The Undertaker: WWE Superstars Who Worked In Extreme Stipulation Matches

Nevertheless, before stepping in the ring as rivals, they did something similar to what Sasha Banks and Bianca Belair did. E and McIntyre paired up as a tag team and took on Robert Roode and Dolph Ziggler after Ziggler interrupted their segment and claimed he was the reason for McIntyre and E’s current success in WWE. 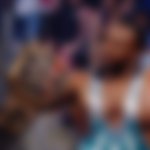 Now, at WWE Crown Jewel 2021, The WWE Champion will finally put the title on the line against an eager McIntyre. The Scottish Psychopath has been waiting for this opportunity for a very long time. Now that he’s finally got it, it’ll be quite he fight between the two Superstars.