Back when Roman Reigns was pushed as a babyface, Vince McMahon wanted him to become the next John Cena of WWE and be the poster boy for the company.

However, the WWE Universe never bought that idea and blatantly rejected the concept of Roman being the locker room leader. But, when the former WWE champion turned heel in 2020, the WWE Universe turned 180 degrees and started to “acknowledge” their new ‘Tribal Chief.’

Roman Reigns is currently one of the hottest commodities in the pro wrestling industry and has become the highest-paid wrestler in WWE today, surpassing the fat paychecks of John Cena.

We know everything about Reigns when he steps inside the squared circle. However, let’s dive deep into his earnings and lifestyle.

The reigning WWE Universal champion is worth $15 million in 2021, which has drastically increased in recent years. In 2020, Reigns was worth $13 million in 2020.

The 36-year-old Samoan has taken over Randy Orton and even Goldberg when it comes to grabbing the biggest paychecks in WWE. According to the Mirror, the reigning Universal Champion earns $5 million as his base salary.

Don’t forget that WWE also compliments these top guys with additional cash whenever they main event a big PPVs.

What is Roman Reigns’ salary and income source?

Reigns is an American actor, professional wrestler, and professional gridiron Football player, which easily makes him one of the top-earning active pro wrestlers in today’s time.

Aside from wrestling for WWE, ‘The Tribal Chief’ has earned big bucks by doing multiple Hollywood projects.

Till now Reigns has bagged over five Hollywood projects and most of them did well on the box office, most notably his movie with The Rock,Fast & Furious Presents: Hobbs & Shaw.

Other than these movie projects, Reigns also signed a deal with ‘C4® Energy Drink’ earlier this year, which is one of the fastest-growing energy drinks in the market these days.

Along with Roman Reigns, the company bagged the deal with superstars like Bianca Belair, Mandy Rose, and Montez Ford. 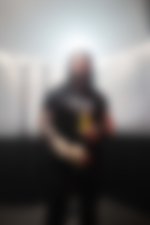 The Samoan wrestler not only collects titles but is also an avid car collector. The massive paycheck goes into his lifestyle, and Reigns knows where to spend it best.

According to Cars For You, people have spotted Reigns riding the Cadillac Escalade, which costs a whopping $96,000. The second car he owns is a Range Rover Autobiography that costs $177,000.

The champ also has the classic Chevrolet Equinox, which costs $24,795 and offers a mileage of 39 mpg. The other car which Reigns rocks is Mercedes GLE 250d, Mercedes-Benz V 220D, and Nissan Rogue.

Notice one thing in common? It looks like the reigning champion is a sucker for SUVs and muscule cars. And, with his increasing net worth, the champ will definitely add more cars to his collection.