What Killed The Ultimate Warrior?

There have been wrestlers in the past who took their time with the WWE Universe before the crowd started liking them. However, this was not the case with the WWE Hall of Famer, The Ultimate Warrior. Warrior debuted in WWF/WWE with a rocket strapped to his back, and that rocket pushed him to the moon.

Now, for over a decade, there was bad blood between James Brian Hellwig, aka The Ultimate Warrior, and the WWE chairman Vince McMahon. However, things started to look good for Warrior when he was inducted into the Hall of Fame in 2014. Sadly, the former WWE champion passed away the next day because of a heart attack.

The Ultimate Warrior was no ordinary wrestler of his time in WWE. His stardom was so massive that it eclipsed even the likes of Hulk Hogan and Randy ‘Macho Man’ Savage.

Before everything went sideways between McMahon and Hellwig, the WWE chairman was aware of the insane popularity of The Ultimate Warrior.

The Ultimate Warrior quickly became one of the biggest stars in WWE upon his arrival in 1987. After a successful bodybuilding career, Warrior began his pro wrestling career in 1985. 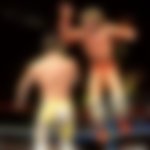 Given his impressive physique and incredible personality, McMahon wasted no time in pushing the Warrior to the top. He faced the likes of Randy Savage, Honky Tonk Man, and eventually beat Hulk Hogan at WrestleMania VI.

After making big money for Vince McMahon, Warrior reportedly became difficult to work with. This is something that various wrestlers of that time approved.

Warrior demanded McMahon to pay him equal to Hulk Hogan and wanted more TV time with additional benefits. However, the biggest shocker came when Warrior held McMahon and WWE to ransom when he wrote a letter to the chairman asking for more money else he will “no-show” at the SummerSlam ’91.

Eventually, McMahon said yes to Warrior’s condition and the former WWE champion happily performed on the PPV alongside Hulk Hogan. However, as soon as Warrior made his way back from the ring, Vince McMahon fired him in 1991.

Vince McMahon has openly admitted that he fired Warrior because the fame had gone to his head and also confessed that he was getting abusive to WWE fans as well.

His WCW run was an absolute disaster

In 1998, the impossible happened. Years after leaving WWE and almost retiring from professional wrestling, The Ultimate Warrior made his big return. It happened in WCW and put him head-to-head with Hollywood Hulk Hogan.

However, Warrior had three total matches, including the rematch with Hogan, and then he was gone as suddenly as he arrived; eventually, the crowd didn’t like it and his arrival did nothing to WCW.

For decades, both Warrior and WWE threw dust at each other until, in 2014, Vince McMahon proudly inducted The Ultimate Warrior into the WWE Hall of Fame, indicating that he made his amends with Vince McMahon.

Hellwig even appeared on the next day’s edition of Monday Night Raw where he spoke about being “immortalized.”

“Every man’s heart one day beats its final beat,” he said, donning a mask that mimicked his trademark face paint. “His lungs breathe their final breath. And if what that man did in his life what makes the blood pulse through the body of others and makes them bleed deeper and something larger than life, then his essence, his spirit, will be immortalized. By the storytellers, by the loyalty, by the memory of those who honor him and make the running the man did live forever.”

However, on Tuesday evening while walking to his car in Arizona with his wife, The Warrior collapsed. He was later pronounced dead at the hospital because of a heart attack.

This saddened the WWE Universe, as when the former champ and the company came on amicable terms, the wrestler passed away. However, no one can ever take away the legacy of the great Ultimate Warrior.