What was Hulk Hogan’s Highest Net Worth?

It’s going to be extremely difficult to find a pro-wrestling fan who hasn’t heard the name – Hulk Hogan. The man was an absolute legend and remains one of the most renowned WWE Superstars of all time.

During his WWE career, especially when he was in his prime, The Hulkster earned quite a handsome amount. This shot up his net worth quite high.

Now, he did not quite look into his finances until it was too late. Had he been careful about how he’s spending his money, his net worth would have been higher today.

What was Hulk Hogan’s highest net worth?

Hogan’s current net worth is $25 Million. After mismanaging his finances, losing much fortune to the divorce with Linda Hogan, and other expensive purchases, his net worth took quite the hit.

While he managed to bring it back up to $25 Million via endorsements, starring in advertisements, and other ways of improving his overall income.

During his peak, The Hulkster’s net worth was quite above $100 Million. Reportedly, he was earning $10 Million as a salary from WWE and winning against Gawker helped him add to the overall net worth.

How much money did Hulk Hogan make in the 80s?

When Hogan was in his prime, he was earning millions at a go.

His salary itself was approximately $10 Million. Apart from that, he earned from merch sales, endorsements, and other bonuses as well. The exact amount is unknown, but it was enough to push his net worth to a different high.

Currently, Hogan’s net worth is $25 Million.

While he doesn’t have an active salary from WWE, his beach shop in Florida is doing mighty well for itself. 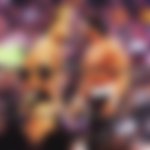 The shop sells his figurines, a lot of mementos from his time with WWE, and even focuses on festive limited edition collections.

Hulk Hogan does make appearances once in a while and he’s compensated for those.