When did Roman Reigns start wrestling?

Roman Reigns is the rising superstar of WWE and the current Universal Champion. Wrestling is in his blood, and he has shown it by dominating his opponents thus far. Roman Reigns’ wrestling abilities have unexpectedly made him a fan favorite. He belongs to the Samoan family. The Samoans have dominated the wrestling business for decades.

Before pursuing his wrestling career, Roman Reigns (Elati Joseph Anoa’i) played in the NFL for Georgia Tech. In 2010, Reigns signed a contract with WWE. At FCW, he made his debut in the development territory.

There he competed under the stage name Roman Leakee. For the first time, he fought in a 15-man battle royal.

Later, in 2012, FCW was rebranded as NXT. Reigns came up with a new ring name Roman Reigns in NXT. In the same year, Roman Reigns debuted in WWE’s main roster alongside Seth Rollins and Dean Ambrose, in a trio known as Shield. 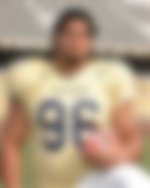 They attacked Ryback and helped CM Punk retain his WWE Title on their debut. The Sheild won the tag team titles during their run in the main roster. The trio dominated the WWE roster until Seth Rollins betrayed them for the Authority.

The New Face of WWE

Following the Shield’s split, Reigns and Ambrose went their ways. In 2015, he won his first Royal Rumble match, eliminating Rusev. At WrestleMania 31, he faced Brock Lesnar for the WWE Championship, but Seth Rollins defeated him by cashing in his Money in the Bank contract.

Seth Rollins held the WWE Championship until he suffered a knee injury, which resulted in him relinquishing his title. Roman Reigns won his first WWE Championship at Survivor Series, which lasted just minutes after Sheamus cashed in his Money in the Bank contract. Later, he regained his title from Sheamus.

In 2016, Reigns defended his title against 29 men in a one versus all Royal Rumble match. He lasted till the end until Triple H eliminated him and won the WWE Title.

At WrestleMania 32, he defeated Triple H for the WWE Title. His long-run as champion continued until Dean Ambrose won the title and headed to SmackDown Live. In 2016, Reigns was drafted to WWE RAW where he lost the chance for the Universal Title shot against Finn Balor. Reigns’ run for the title chase continued with many constant challenges.

In 2019, Reigns returned to Raw and helped Ambrose against Bobby Lashley, Elias, Drew McIntyre, and Corbin. He defeated Drew McIntyre at WrestleMania 36. In 2019’s Superstar Shake-up, Roman Reigns was drafted to WWE SmackDown. In the 2019 Survivor Series, he captained Team SmackDown and defeated Team Raw and Team NXT.
He afterward got into a brawl with Corbin. At Super ShowDown, Reigns defeated Corbin in a Steel Cage match. Following the Super ShowDown, Reigns challenged Goldberg to WrestleMania 36 for the Universal Championship. However, due to the pandemic, Reigns could not compete and was substituted by Braun Strowman.

After a long absence, Reigns showed up at SummerSlam. He assaulted The Fiend and Braun Strowman after their match. At PayBack 2020, Reigns became the 2-time Universal Champion after defeating The Fiend and Strowman in a triple threat match. Reigns continued his reign as the ‘Head of the Table’ along with the USO brothers. He successfully defended his title against Daniel Bryan and Edge at WrestleMania 37.
Roman Reigns has earned a great amount of love and respect from his fans. Indeed, the path to his success took 11 years of hard work and determination. Let us know what are your thoughts are on Reigns’ journey.