When Did The Rock Get Married?

The Rock has carved out a successful career in two different ventures- pro wrestling and acting. While the former launched him, it was the latter that catapulted him into superstardom and helped him become the highest-paid actor in the world.

However, there is a saying that behind every successful man there’s a woman, and there were two women with ‘The Great One’ during the highs and lows of his life.

Dwayne Johnson’s current wife is Lauren Hashian. The couple exchanged their vows on August 18, 2019. Shortly after Dwayne and Dany divorced in 2007 (got finalized in 2008), he and Lauren began seeing each other. 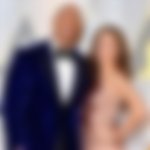 Hashian is a Hollywood singer and has bagged up a few projects of her own. Eventually, in 2015, the couple announced the birth of their first daughter and named her Jasmine. In April 2018, they welcomed their second daughter, Tia.

The former WWE champion is a proud father of three daughters with one coming from his first marriage.

How long has The Rock been with his wife?

‘The Great One’ has been married to Lauren Hashian for just under three years. However, it doesn’t mean that The Rock is not on good terms with his previous wife, Dany Garcia.

In fact, the former WWE champion is still in touch with Dany Garcia and owns multiple businesses with her. His latest deal with Garcia is the new venture, XFL, which The Rock bought from WWE chairman Vince McMahon.

The Rock had been married to Dany for ten years. Hence, the people’s champion has been married for almost 13 years and still counting.

When did The Rock first get married?

The Rock married Dany Garcia back when he was still in University. The couple met at the University of Miami in the early ’90s. After dating for a while, they got married in 1997.

However, in 2007, after being married for ten long years, the couple announced that they are splitting amicably. The Rock has one daughter with Dany, named Simone Johnson, who is training to be a WWE superstar.

It is good to see that the former husband and wife still work together and can exhibit professional behavior even after splitting up.