Where is former WWE Superstar Kaitlyn?

Kaitlyn was one of the most popular divas during the last decade. But do you know where she is currently? Kaitlyn retired from professional wrestling and left WWE in July 2014, as she wanted to focus on her marriage and her fitness clothing company.

But, the former WWE superstar is currently competing in the squared circle again. Kaitlyn returned to in-ring action at Coastal Championship Wrestling on February 10, 2018, under her real name, Celeste Bonin. Kaitlyn is working her magic over there as well. She is currently the Slamforce Africa Women’s Champion.

Watch This Story: Dwayne Johnson aka The Rock’s Top Championship Wins in WWE

Kaitlyn is best known for her time in WWE

Even though Kaitlyn did not have many titles to her name, she was definitely a fan favorite. The former Divas Champion had a difficult journey in WWE. Kaitlyn battled for the Divas Championship multiple times, but only held it once.

It seemed Kaitlyn did everything right until that final moment, which would ultimately lead to her defeat in title matches. In 2010, Kaitlyn won the third season of NXT. The former Divas Champion defeated Naomi in the final. That achievement earned her a spot in the main roster within one year of her signing the contract with WWE. 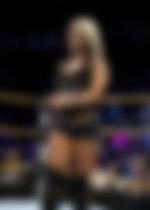 But the road to glory on the main roster was not that easy for Kaitlyn. She stumbled at the last hurdle multiple times before she ultimately became the Divas Champion on the 20th-anniversary episode of Raw. The occasion was even more special for her because the show took place in her hometown of Houston, Texas.

She defeated Eve Torres that night. That was the beginning of her impressive title reign. Further, she defeated some talented superstars like Tamina, Natalya, and AJ Lee during her reign as the champion. But ultimately her title reign of 153 days ended following her defeat to AJ Lee at the WWE Payback PPV in 2013.

The WWE universe got an enormous surprise when WWE announced the return of Kaitlyn in 2018. The former Divas Champion came back to take part in the 2018 Mae Young Classic tournament.

Even though she won her first match against Kavita Devi, she lost to Mia Yim in the second round of the tournament. Well, it was a big disappointment not only for Kaitlyn but also for the WWE universe. It would have been really great if we could see Kaitlyn fighting for the ultimate glory in WWE once again.

Do you want to see Kaitlyn return to WWE one more time?