Who Are the Unluckiest WWE Superstars With No Wins in the Money in the Bank Ladder Match?

Money in the Bank ladder match is undoubtedly one of the best gimmick matches across all the wrestling promotions. What’s more exciting than wrestlers fighting where anything goes and a lucrative contract hangs above their head.

Since its inception at WrestleMania 21 back in 2005, the ladder match has seen some unbelievable moves and spots in a match. The ceremonial WrestleMania ladder match was later spun off into its own pay-per-view.

Throughout its history, Money in the Bank has turned some competitors into major stars because of the special immunity it provides. The winner can cash in the contract and challenge any champion of their liking at any time, anywhere for one year.

However, there are a bunch of superstars who have been part of multiple MITB ladder matches but never emerged victorious. Let’s look at those who just fell short to grab the briefcase. 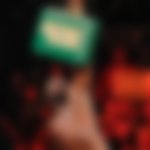 Kofi Kingston is a genius in gimmick matches because of his ring presence and his ability to work out high-risk spots. Being the underdog wrestler (at that time) Kingston used to put out exceptional performances, his most notable moment was back in 2014 where he came very close in unhooking the briefcase.

Watch this story: Scariest Falls in the History of WWE Money in the Bank

Christian took part in the inaugural Money in the Bank ladder match which was held at WrestleMania 21 in 2005, although Edge came out as the winner, Christian gave a stellar performance.

Once he returned to WWE in 2009, he became a somewhat MITB ladder match specialist and took part in the match at WrestleMania XXV, WrestleMania XXVI, and Money in the Bank 2010, 2012, and 2013.

Chris Jericho was the one who devised the blueprint of Money in the Bank ladder match and pitched it to then General Manager Eric Bischoff who then featured the match for the first time in 2005.

Jericho was part of the inaugural MITB ladder match but ironically enough, Jericho has always fallen short in securing the briefcase in the matches. He then took part in 2008, 2010, 2012, and 2016.

Shelton Benjamin was also part of the inaugural Money in the Bank ladder match at WrestleMania 21 and he took everyone by surprise with his high-flying maneuvers. Since then his name is synonymous with ladder matches.

With the bars set very high for the MITB ladder match, who do you think will win this year’s match?