Two-time WWE Hall of Famer Hulk Hogan has been renowned as one of the best performers to step a foot inside the square circle.

Hulk Hogan is currently married to Jennifer McDaniel. This is Hogans’ second marriage. Jennifer is a popular celebrity and has made her own mark in Hollywood and in show business.

Hogan’s first marriage with Linda Claridge ended in 2007 when the couple mutually decided to call it quits.

The Hulkster then started dating Hollywood make-up artist Jennifer McDaniel in 2008, and the new couple soon got engaged in 2008.

Born on May 13th, 1974, Jennifer McDaniel is a renowned Hollywood make-up artist and is remembered for her work in the movie ‘Let Me In’. Furthermore, she was nominated for the Saturn Award for the Best Make-Up Artist for the aforementioned movie.

After Hogan’s first divorce in 2007, Jennifer and the former WWE champion started making public appearances together in 2008. After dating for a while, the couple got engaged in the same year.

However, Hogan and Jennifer took some time before exchanging vows. Eventually, after dating for almost two years, Jennifer and Hogan tied the knot in 2010.

The couple does not have any children together. However, Jennifer is stepmother to Hogan’s kids from Linda – Brooke Hogan and Nick Hogan.

What is Jennifer McDaniel’s net worth?

Hogan’s second wife is stated to have a net worth of around $2 million to $5 million dollars. 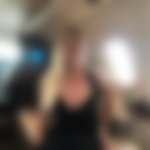 With so much fame, there is little room for privacy in a celebrity’s life, and Hogan has witnessed it firsthand. However, Jennifer has been with the WWE legend during his tough legal battles, where he almost lost his fortune of money.

Eventually, the pair is still together and the main concern now is Hogan’s health, about which everyone is waiting to hear about.